Don't show me this again.

An accomplished quarterback and safety in football and a talented baseball player, Allen’s true love was basketball. He lettered all four years with M.V.P. honors in both his junior and senior years. In 1973, Allen held the GMA/Woodward records for the highest per game average, highest points scored in one season, and highest points in a career. Allen was a member of the Atlanta Journal Constitution Top 25 Players in the state, Atlanta Tipoff Club State All-Star team in 1972-73, and was a recipient of the James Naismith Award. Allen was selected for the All-Region team in his sophomore, junior, and senior years. He was part of the All-State second team his junior year and All-State first team his senior year. Awarded a full Division 1 scholarship to Villanova University, Allen lettered in basketball in 1974 and 1975. More importantly at Villanova, he won the heart of a nursing student Maureen “Moe” McCarthy to whom he was married for 37 years. 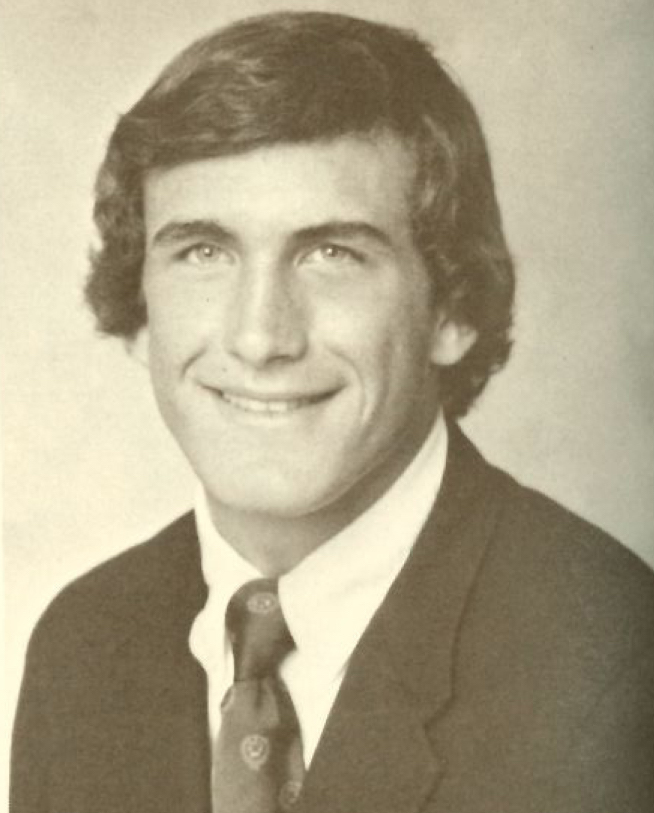 Allen and Moe eventually settled in Bethel, CT, where they raised their four children, William M. Ferguson, Brae A. Ferguson, John Allen “Jack” Ferguson, and Georgia M. Ferguson. Allen enjoyed both tennis and golf and spent countless hours coaching and encouraging his children, all of whom also played collegiate sports. Allen was the youngest of four children of John A. Ferguson Sr. ’43 and Frances Allen Ferguson, who taught in the Junior School at GMA/Woodward for more than 20 years. His siblings also attended Woodward: Julie Ferguson Sawyer ’71, Daniel Ferguson ’68, and John A. Ferguson Jr. ’69, along with several nieces and nephews. Allen died of cancer at his home on November 30, 2016, surrounded by his wife and children. Prior to his passing, Allen learned that he would be inducted into the Woodward Academy Athletic Hall of Fame.