Tell us about your first memories of Woodward.

I started Woodward in the ninth grade and only knew three people, one of whom was my older sister. I remember how quickly I felt part of the Woodward community. My classmates, the faculty, and staff welcomed me with open arms! My first class on my first day of school was American Government with Marion Truslow. I sat next to Adam Borenstein, another new student. Adam became a great friend because we spent every weekend together for debate tournaments for the next four years. Fifteen years later, Adam married a good friend of mine from college, so we have remained good friends.

Who were your major influences at the Academy? 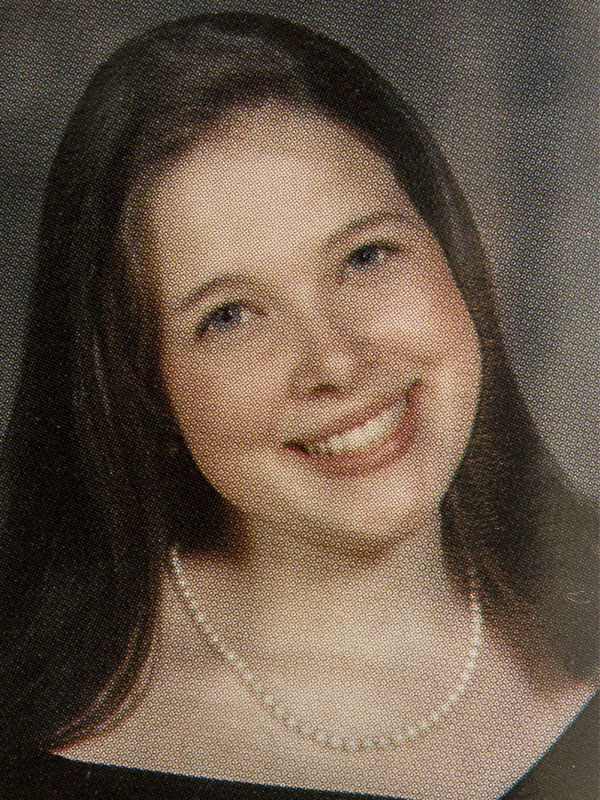 There were many people who made my Woodward experience a special one. Andrea Rosenblatt, my English teacher for ninth and 10th grades, also was my debate coach. She spent so many tutorials, weekends, and after-school hours helping me with perfecting my talking points and presence. While at Woodward I began competing in oratorical contests across the U.S., and I’ll never forget Andrea driving to Columbus, Georgia, one Sunday morning to see me compete. The tournament was not a Woodward event, but she wanted to be there to support me. Dr. Richard Borth, my Latin and German teacher, was hands-down the most eccentric teacher at Woodward at the time. He had an incredible ability to connect with the students and to make learning German and the German culture fun. When Dr. Borth found out that I was dating Kevin Hodges during my senior year, even though Kevin was in German 4 and I was in German 2, Dr. Borth found many ways to incorporate our love story into his quizzes and tests. For Valentine’s Day, I wrote Kevin a poem in German, and Dr. Borth read it to Kevin’s class. In fact, he kept the poem on his bulletin board until he retired from Woodward years after we graduated. In 2006, a year after Kevin and I were married, we received the poem in the mail from Dr. Borth. He wanted to make sure Kevin and I had the original copy. What a treasure!

How did Woodward help you define yourself and your interests/passions in life?

Woodward provided me with not just a stellar education, but instilled a passion of service and lifelong learning.

“I tell people all the time that I owe everything to Woodward Academy. Woodward was the place that I became “Jo,” the place that challenged me, embraced me, and provided me with every opportunity to be successful.”

Tell us about your college education and early career.

Sybil Coley, my math teacher in 11th grade, pulled me aside one day and encouraged me to think about attending a women’s college. Ms. Coley graduated from Agnes Scott, and she thought I was the type of student who would excel in that environment. Thanks to Mrs. Coley and Missy Sanchez, my college counselor, I did attend Agnes Scott. Mrs. Coley was right--it was the perfect fit! It was a great experience, and I was well-prepared with my Woodward education. I decided to self-design my major, which was political economy. While in college, I had several internship opportunities, including one at BellSouth Telecommunications (now AT&T). I accepted a full-time role with BellSouth after graduation. My role was to negotiate contracts with BellSouth’s wholesale competitors for internet traffic. This was back in the days of dial-up internet. It was a great role and a wonderful opportunity to be part of a large corporate environment. 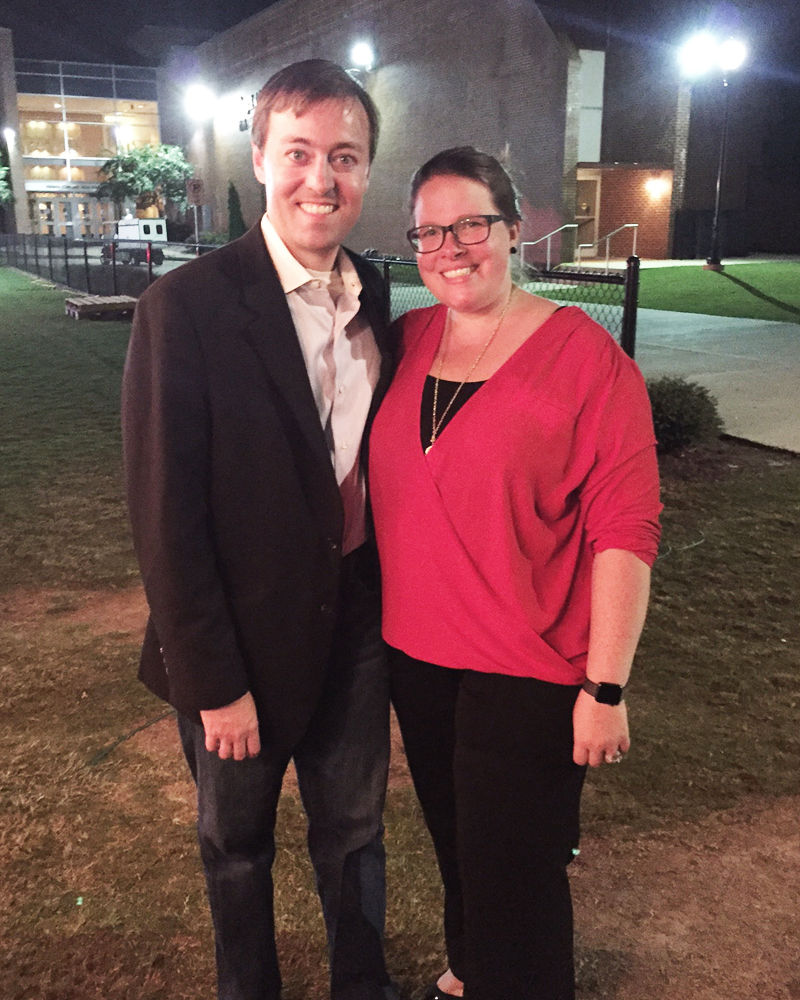 Please describe for us the arc of your professional/life journey.

Throughout college, I always thought I would be a very corporate-driven professional. I had internships at Coca-Cola as well as BellSouth and was given a great deal of opportunity to explore the corporate path. Two years after being at BellSouth, I began rethinking my overall career trajectory. The economy was struggling after the bust of the dotcom sector, and corporations were making changes. At the time, I was spending quite a bit of my time outside of work volunteering at nonprofits. I made the decision to “take a leap” and leave BellSouth. I felt a calling to devote my work to helping others, and I thought a career in the nonprofit sector was the right area to explore. During this period, I met someone at CARE USA, one of the largest international humanitarian organizations, which is headquartered in Atlanta. I immediately focused on finding the right position within CARE. After three months of networking, interviewing, and patience, I started my first nonprofit position there as a manager of major and planned giving. I had never raised funds for a nonprofit, but they needed a good project manager to work with their U.S. offices. My career at CARE was definitely a highlight professionally. During those eight and a half years, I traveled to eight countries in Asia, Latin America, and Africa and had the opportunity to participate in numerous leadership programs. In 2005, I visited the Southeast Asian tsunami-affected areas, seeing firsthand the work of CARE in rebuilding communities in Sri Lanka and India. It was truly an experience of a lifetime to travel and work with CARE. When I left in 2011, I was the executive director of the U.S. key markets, working to strengthen awareness of CARE’s work in key U.S. cities. Following CARE, I went to another nonprofit, the National Arthritis Foundation. I led foundation relationship work and learned the ins and outs of a health organization. In 2013, I made another monumental career decision to start my own consulting firm. I had an incredible amount of knowledge and experience that I wanted to be able to share with smaller organizations, especially organizations that could not afford to hire full-time fundraising professionals. My consulting practice has provided me some incredible opportunities to work with clients from multiple sectors to strengthen their fundraising and development strategies.

What accomplishments are you most proud of?

When I was 25, I ran for public office. I was living in Hapeville, my hometown, and was approached by some citizens to consider running for the open alderman position. My campaign team included my boyfriend (now husband). A number of dear Woodward alumni friends created my website and knocked on doors for me. It was the closest race ever held in Hapeville, as I won by just three votes! Being on City Council and serving as a public official was not just an accomplishment, it provided me with experience as a leader and advocate for the community. During my election victory party, I presented Kevin, my amazing campaign manager, with a framed copy of our Woodward senior “last will and testament,” printed in The Blade and handed out at graduation. Back in 1996, seven years before I ran for office, Kevin had promised to one day be my campaign manager. Little did he know I would literally take him up on this offer! This print of The Blade hangs in our office at home today.

Tell us about your family.

My whole family bleeds Woodward red and black! My husband Kevin is a Vintage Eagle. He attended the Wharton School at the University of Pennsylvania and thankfully made his way back to Georgia. He now serves as CFO of EVO Payments International, a global payment processing company. Our oldest child, James, started Woodward in pre-K. He is a proud member of the Class of 2028. Our youngest, Mary Charles, is 2 years old, thinks she attends Woodward, and knows just about everyone at the Primary School. She loves Woodward football games and especially the concession stand. We hope she will join the Class of 2033. We are currently expecting our third child later this summer, so Woodward will see quite a bit of us Hodges for a number of years!

Governing Board service is a very important commitment. Why do you choose to devote so much time and energy to your alma mater?

I tell people all the time that I owe everything to Woodward Academy. Woodward was the place that I became “Jo,” the place that challenged me, embraced me, and provided me with every opportunity to be successful. I know that receiving a Woodward education was truly a gift from my parents, and I am thankful each day that I am an alum. It truly is an honor to serve on the Governing Board. I am invested in the Academy’s future, in ensuring we remain a national model for education and an institution that fully embraces the whole child model. I am proud of how far the school has come in the 20 years since I graduated. It’s a great balance as an alum and a parent--to remember what Woodward was like as a student while also admiring the progress we have made as a school, in our community diversity and expansion of programs.