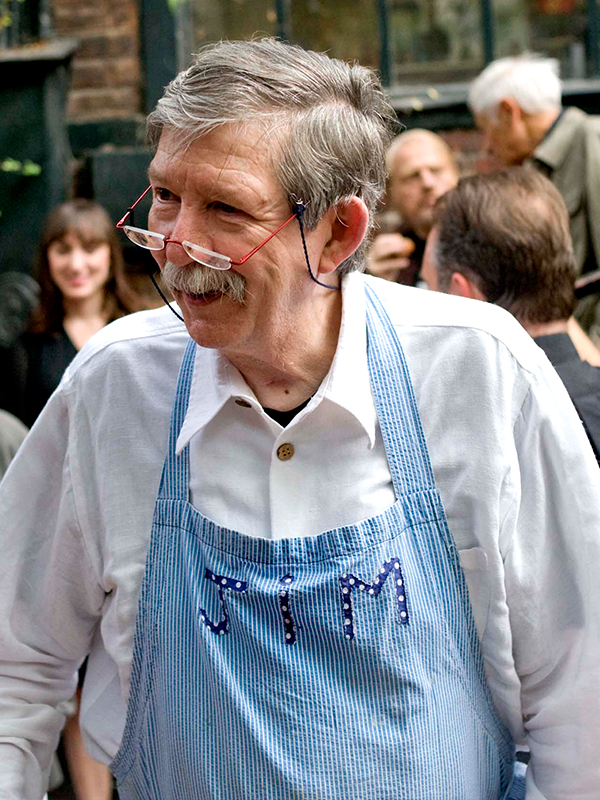 Few can say they’re leading a life as full, creative, and downright fun as 1952 GMA alum Jim Haynes. From Morocco, Moscow, and Istanbul to London, Edinburgh, Dublin, and everywhere in between, Jim has been a part of the arts scene across Europe since the 1960s. And by “arts,” we mean all of them: film, theater, visual art, performance, music, culinary culture--you name it.

Jim makes a habit of not only attending arts festivals across Europe (in 2016 he celebrated his 60th visit to the annual Edinburgh Festival), but also contributing to the scene. He is the author of several books; has written, produced, and performed countless plays; runs “a small Paris-based kitchen table literary publishing house;” is the subject of two recent films; and--perhaps most emblematically--was recently a living, breathing art installation in the Victoria & Albert Museum exhibition, London in the 60s. 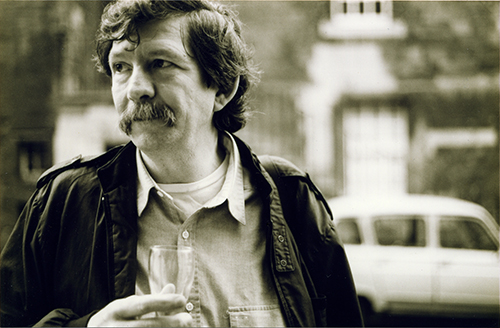 But none of this is what Jim is most famous for.

For the past 40 years, Jim has hosted 60 to 75 people in his home every Sunday night in his international supper club. A rotating roster of volunteer chefs cook every cuisine imaginable and with just an advanced reservation and a suggested donation, you too can join in the fun. Smells wafting in from the kitchen, music playing, wine bottles popping--suddenly you’re having dinner with 60 new friends from all around the world.

And that’s not an overstatement. Jim’s parties have spurred lifelong friendships, artistic collaborations, international romances, marriages, and ultimately even babies. These kinds of connections were always the goal of the dinner party project for Jim, who makes a point to memorize every single person’s name before they arrive. Jim shows a similar commitment to human connection in the many travel books he’s written, which highlight not museums, hotels, or restaurants, but instead introduce the reader to ”1,000 individuals who live, work, play in the villages, towns, and cities of the country.” Jim’s mission is to bring people together, whether for a brief, dazzling conversation or a lifelong partnership. At an estimated 140,000 visitors over the years, Jim’s guests hail from every corner of the earth and represent every niche of humanity; the name of the game is eclecticism. As Jim put it in a 2012 profile for the New York Times, “Tolerance can lead to respect and, finally, to love. No one can ever really understand anyone else, but you can love them or at least accept them.”

Jim describes himself during his GMA years as “active in the literary activities of the school, but slipped out and went over the wall at every opportunity…. Often caught and forced to spend free time walking around the bullring.” 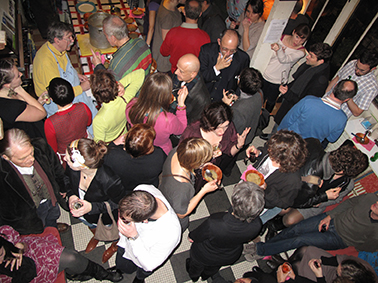 If the international supper club and arts scene feels a far cry from 1950s GMA, it appears perfectly fitting given Jim’s experience at the Academy. Jim describes himself during his GMA years as “active in the literary activities of the school, but slipped out and went over the wall at every opportunity…. Often caught and forced to spend free time walking around the bullring.” As hindsight often puts one’s youth in perspective, it seems even at GMA Jim was on his way to a life brimming with conversation, rich in art, and rebellious in intellect. Forty years into uniting diverse groups through delicious food, wildly good times, art, and shared humanity, Jim’s life’s work is much more than a lot of dinner parties; it’s a model for being a truly compassionate global citizen.