Discovering the Transition of Africans to Americans through Dance 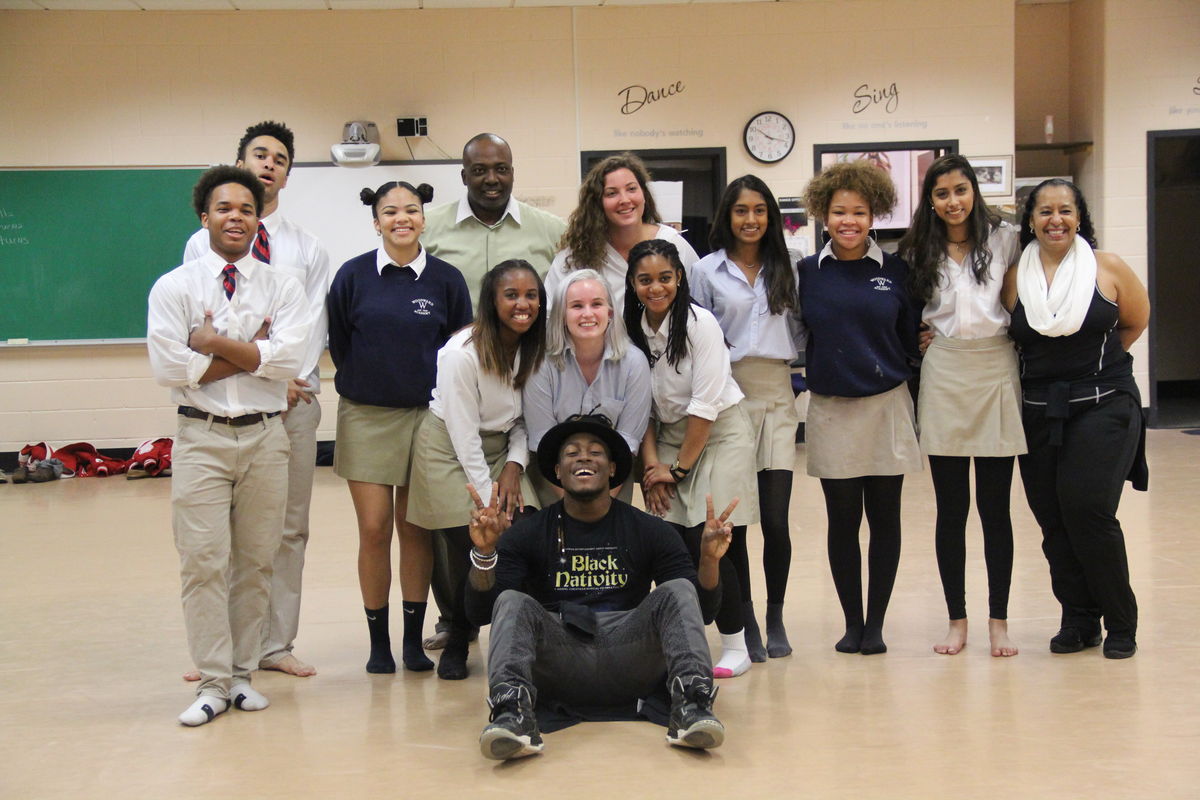 Part of my Multicultural, Ethnic, Diversity Studies (MEDS) class involves engaging students in the universal language of music and dance. During the month of January and into February, the students in my class learned about the transition of Africans to Americans.

Students of all backgrounds learned about Africans being kings and queens in Africa, to being enslaved in the Americas, to struggling to become full American citizens. Commensurate with their learning, Dawn Axam, dance instructor for our Lower School, blessed my MEDS class and I by agreeing to collaborate with me to deconstruct those transitions through music and dance.

Lower School Principal Andy Phillips, providently, dropped by Ms. Axam's class during our instruction. Consistent with African tradition and culture, Principal Phillips became part of the class and learned West African dances along with us.

During the first week in February, Leo White, a member of Ms. Axam's dance troupe, continued the instruction of music and dance from Africa to America. The students compared and contrasted traditional West African drumming and dancing that they learned the month before with more modern African American Hip Hop and B-boy moves. (Watch this video for a sampling of what we learned.)

Again, consistent with African tradition and culture, members of Marketing & Communications and Blade/ yearbook staffs who happened to be present to take pictures had to take a break and join in the fun. A good time was had by all.

In the coming months, my MEDS students will be learning and directly participating in music and dances from Africa and other traditions.

At Woodward Academy, we may celebrate, particularly, a Black History Month in February and a Week of Understanding in March, but in truth, we all can partake in Multicultural, Ethnic, and Diversity Studies every day.