Dispatches From The Middle School Eurotrip 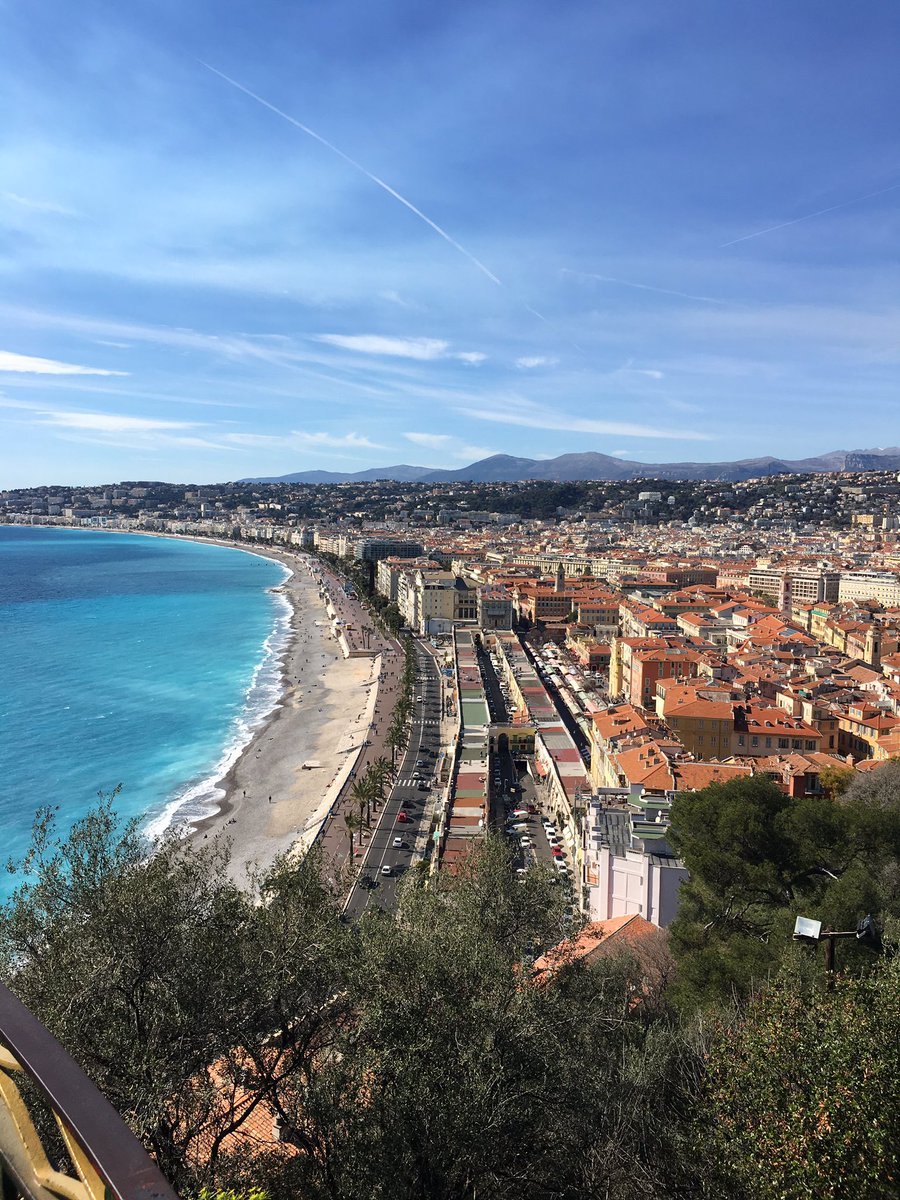 Dispatches From The Middle School Eurotrip
Middle School assistant principal and science teacher George Dietz bravely traveled to Europe with a group of Middle School students over spring break -- and lived to tell the tale. He shared his daily thoughts with us via email...


...Happy to report that upon inspection today:

Now, if they will just use them... 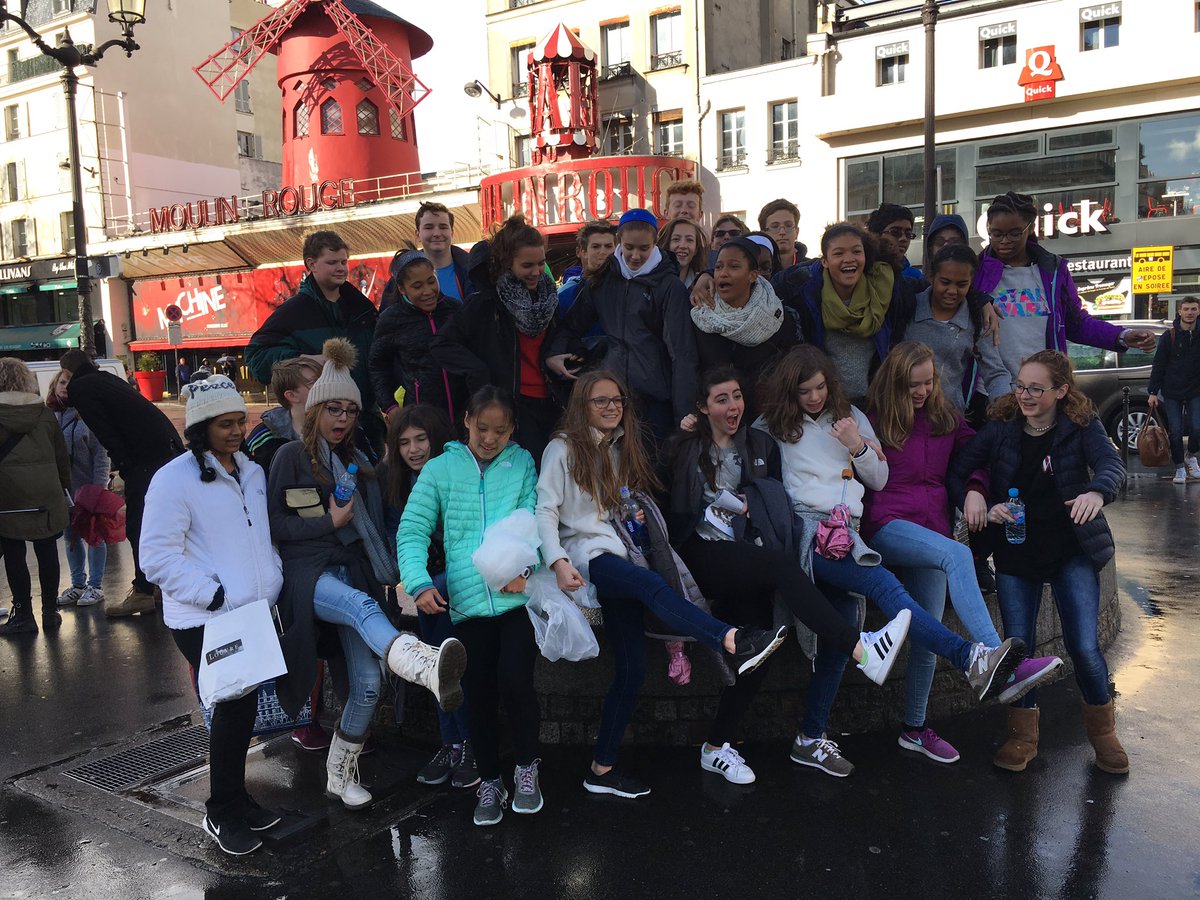 Well, overall, a good day. Weather is cold and rainy so many parents are going to be receiving a nice I LOVE PARIS umbrella as one of their gifts. It rained all day and is scheduled to do the same tomorrow. Aside from constant turbulence, the flight was uneventful. Most of the kids slept a good portion of the flight and despite some fatigue all are OK. Our two main activities were Notre Dame and the Arc de Triomphe. I know the kids are excited to see things so I pointed out that they could see the Eiffel Tower as well as the Arc; someone pointed out that we could also see a McDonalds. Then about eight of them asked if we could go in. Keep in mind this is literally five minutes after dinner...

If you speak FitBit, we had an easy day today with 13,000 steps. I have to say I am dreading the wakeup tomorrow (not because it is early but because all those tennis shoes got wet today. They will have a bit of a funk to them tomorrow). 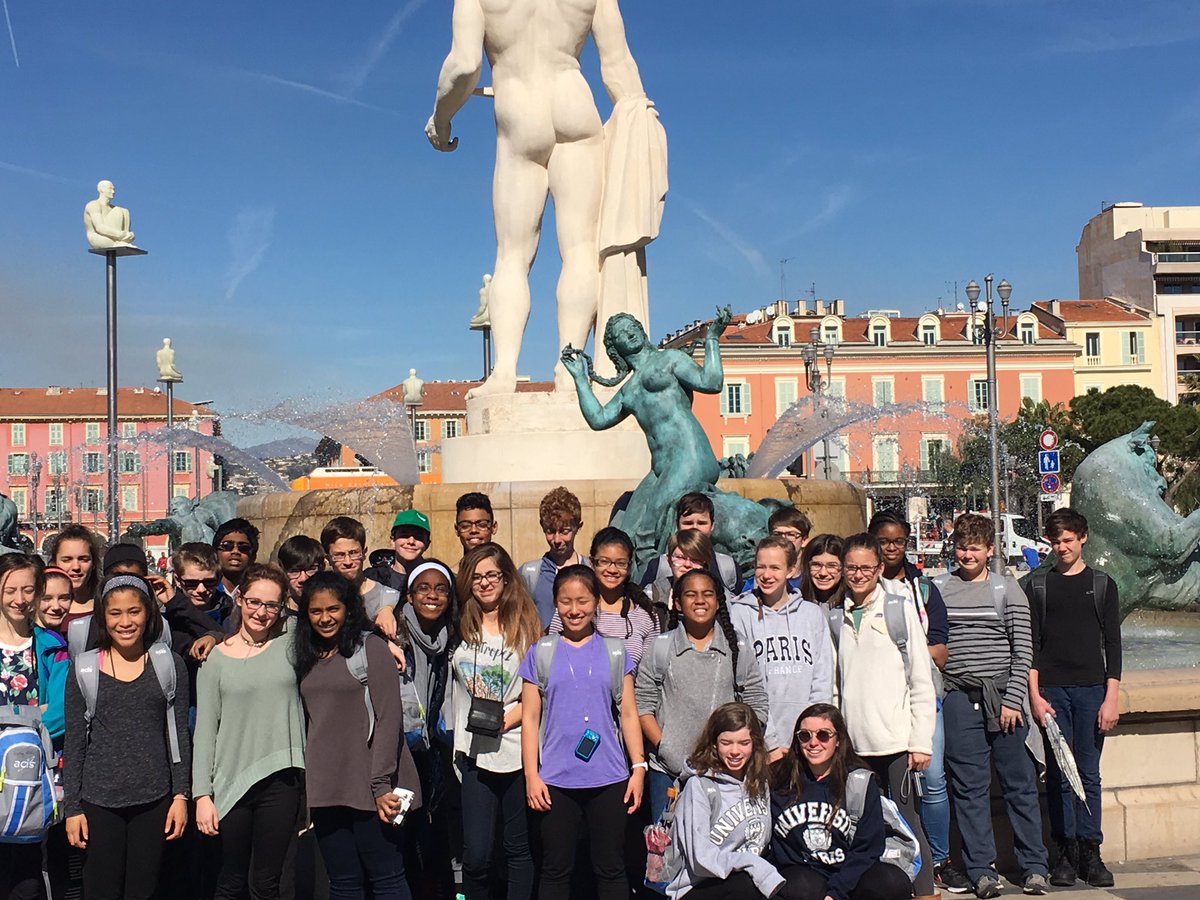 We are now in Avignon, a three-hour train ride south of France. It is fantastic here, probably like home, 68 and blue skies with a gentle breeze. That as opposed to the rain and strong cold winds of Paris. No wonder they all wear black.

First, the kids are all doing pretty well. Yesterday was a fun day for them. I would like to give you a small window into the world of the chaperone with a few, TRUE conversations:

During a cold rain

Chaperone: Where is your rain gear?
Student: In the hotel.
Chaperone: I guess that is a good place for it, now it won't get wet. Why are you not wearing it?
Student: I want to look good.
Chaperone: Good choice. Women like men who have that blue lip, hypothermic look.

Chaperone: What did you like in the Louvre?
Student: I liked the Vini de Milo.

Student: Who is buried here? 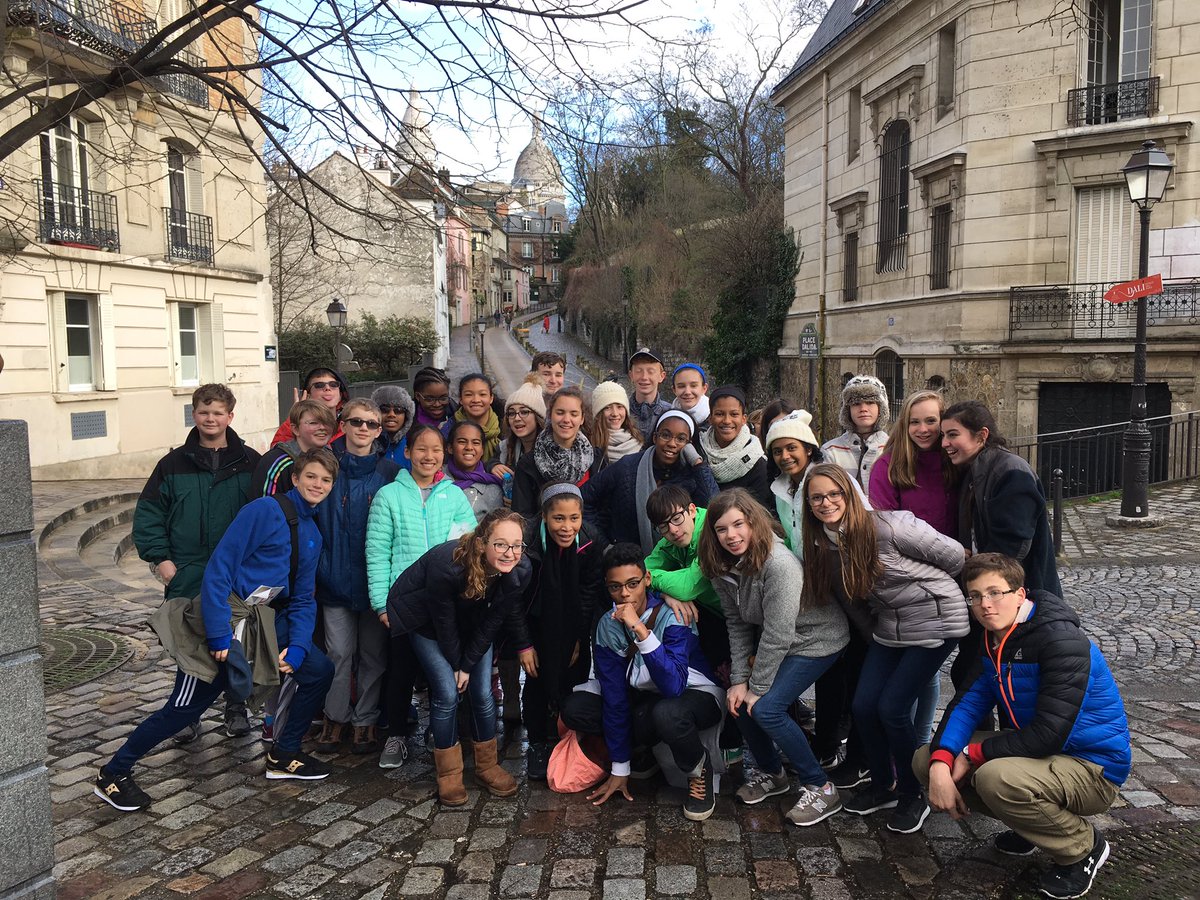 Today was a travel day after the cooking class. They made crepes, soufflés, and a couple other french dishes. All involved chocolate of some sort. I looked over and saw a couple kids just eating the chocolate.

The kids loved the Eiffel Tower last night. One of the kids commented that we were not kidding when we said we have some late nights. I told them that is because it is not like Woodward. If you have a large group, you go when they tell you and our time was 9:30. That did give them a great view of the city and the light shows. Sacré-Cœur was fun for them as well.

Several of the kids have now realized that they cannot maintain their spending level of 100+ euros a day. I mentioned the word "budget" to them and they looked at me in wonder. We will work it out and no child will go hungry. My interest rates are modest. 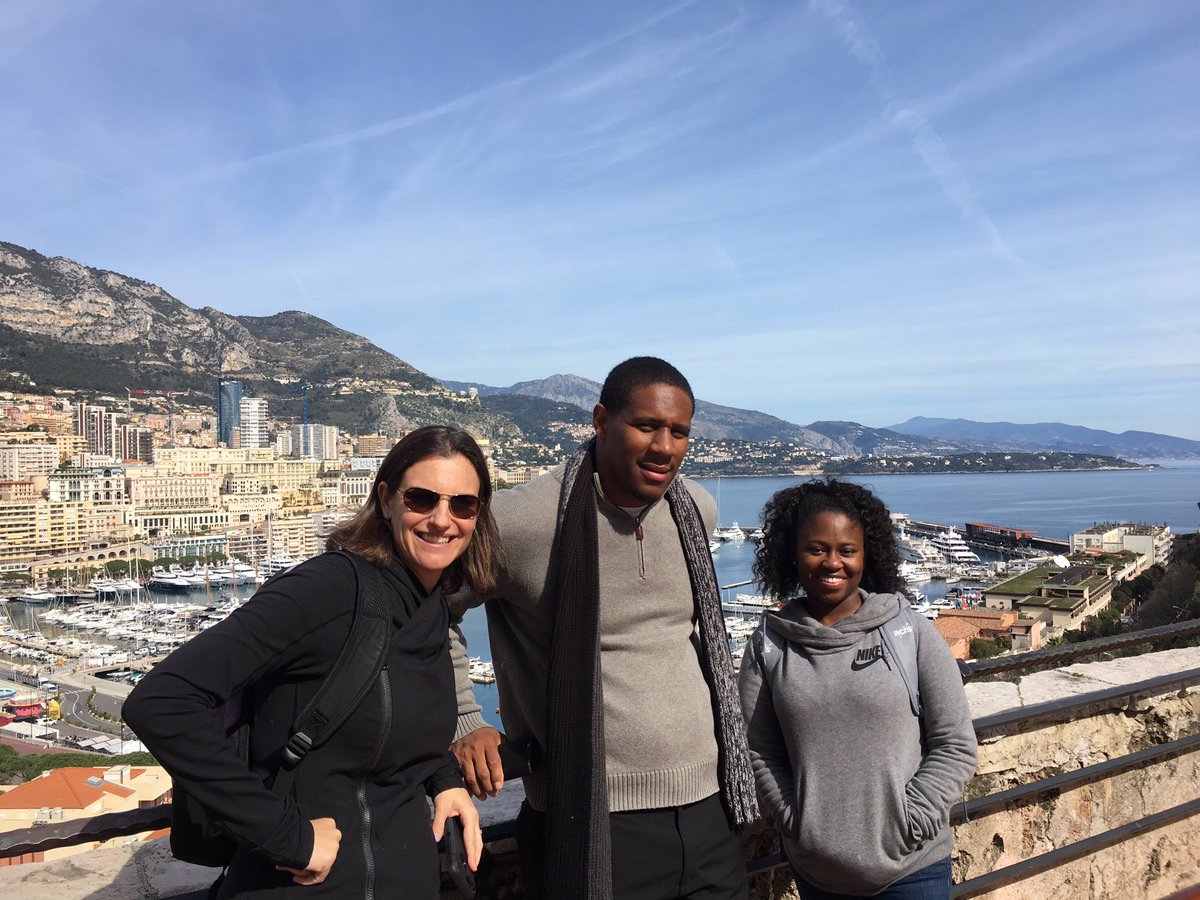 You can call me Lazarus as I am back from the dead. Whatever the kids are passing around is quick and a silent stalker. You are literally OK one second and then 10 seconds later, you are not. This was the first time in 15 years or so that I have been sick. We don't know who patient zero is but I know who infected me with a "sip from her coke." We had another one claimed today so we have literally left our mark, so to speak, all over France.

I know that my room is now clean and safe as I used Coach Davis' toothbrush to sterilize everything. Coach Davis is now counting down the time before it hits him. I told him I gave him a kiss on the forehead last night when he was asleep.

The kids are eating their way through France. What is amazing is that it is as if they never stop eating. They eat at the meals, in between, and constantly have snacks. I don't know how they manage at school.

They have really enjoyed every day and for the most part, they get along well. Many have now incorporated the word "budget" into their vocabulary as they have learned that their money does not somehow magically reproduce itself in their pockets.

The kids really enjoyed Nice today and we spent a lot of time walking and touring the city. I think they also stopped at every ice cream shop along the way. Probably the highlight of the day for your kids was playing at the water's edge of the Mediterranean Sea. They "tried" to skip rocks. Some of your kids need to get out into nature a bit more. We did not represent America too well in the rock skipping department. 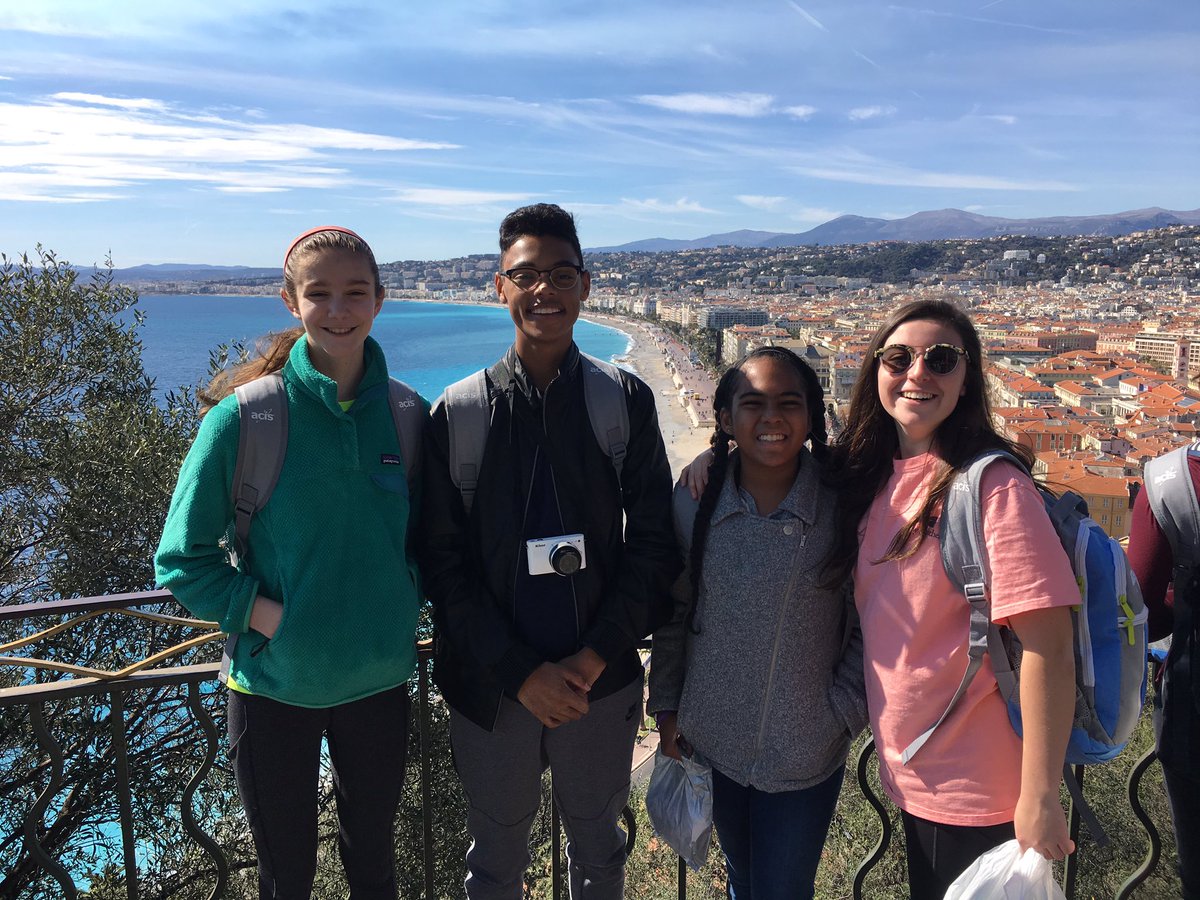 I guess my disinfecting the room with Coach Davis' toothbrush was not a good idea after all. He is now one of the fallen. Ryan came in from the outing and literally dropped onto his bed and has not moved at all. It has been several hours. In another hour I am going to poke him with a stick and see if he moves.

The kids enjoyed Monaco and the perfume factory. I am betting the French economy surged a bit today.

We will probably have somewhat of a long day tomorrow as we are off to Italy for the day. I think we are in San Remo. This was my first time to Menton, France, and it is what everyone envisions Europe to be. I was noticing how many senior people have retired here and then realized that they were probably looking at me and thinking the same thing.

We have three chaperones who were/are down and out at some point and two more who are now walking around in hazmat suits. Ms Moody has some unflattering photos of me sleeping off my illness. I told her if they are not deleted I am going to lick her door knob. Such is the life of a chaperone on a MS trip. We all degenerated to the level of the kids. 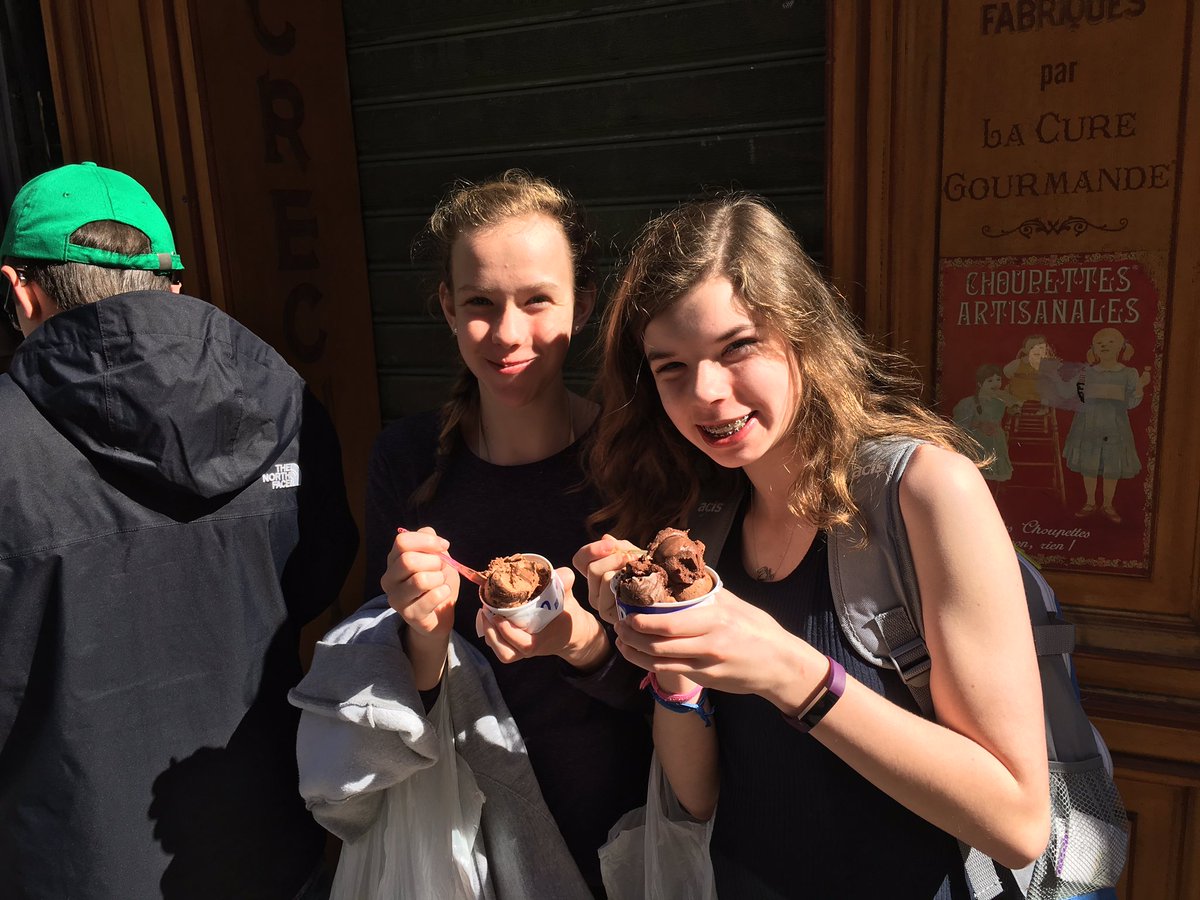 The kids spent the day in Italy and tried to spend the remaining euros that they had. They have realized that the euro is not spendable at home. Toward that end, you will recognize our group as they will be the ones with chocolate all over their mouths when we arrive.

I think the highlight of the trip for the kids was going to the Mediterranean Sea after traveling. For some reason one of the boys asked if he could swim. As the water was a warm 40 or so, I said sure, go for it. The French stopped walking on the boardwalk and watched the crazy Americans playing in the water. Both groups were laughing and having a good time. I am sure if you look up a French Facebook page you will see Woodward kids.

The kids once again attempted to skip rocks and some got the hang of it. I had to make a rule of no throwing rocks over someone as they had a hard enough time hitting the Sea, let alone missing each other in the process.

Despite illness, the kids had a wonderful time, thanks to Madame's meticulous planning.