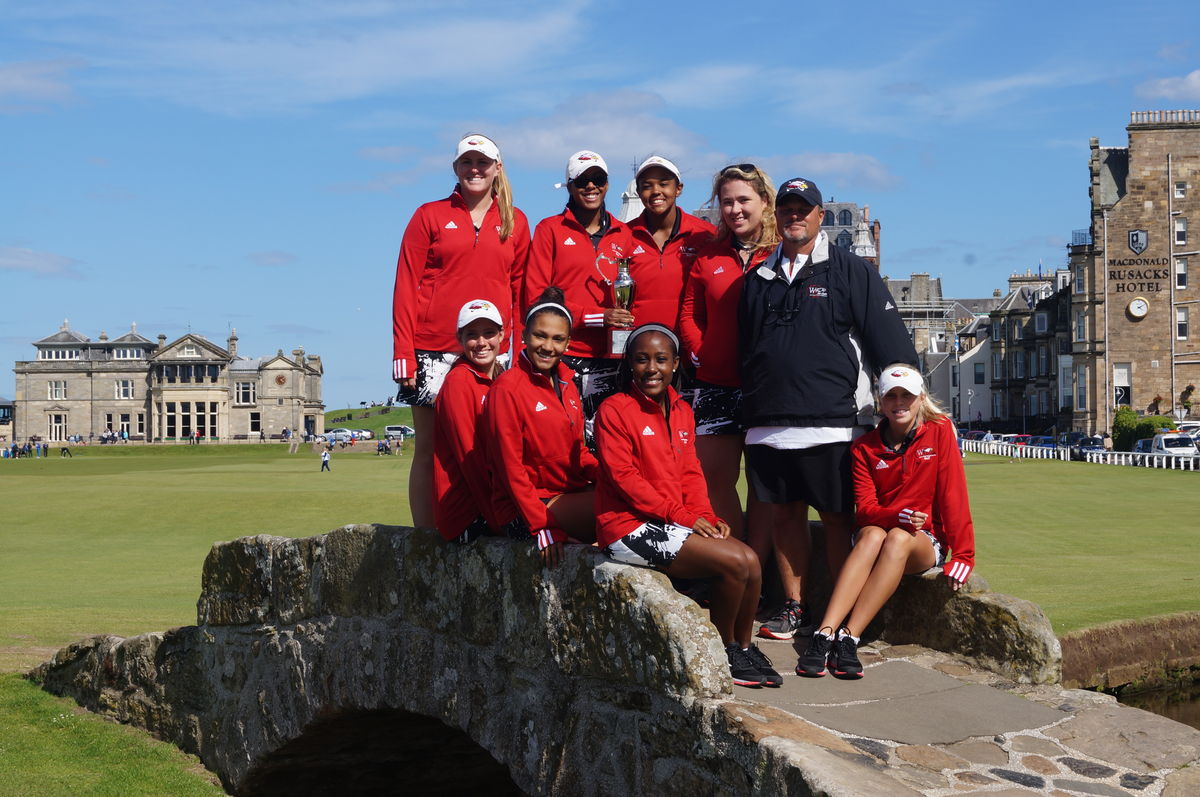 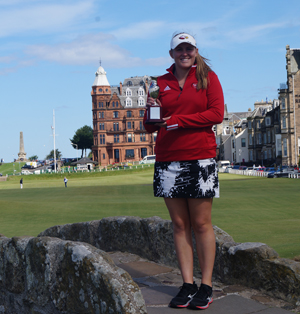 The trip began with a walking history lesson about the Old Course at St. Andrews, and the girls got a feel of what it's like for professional golfers who play the oldest course in the world. They walked the No. 17 road hole and crossed over the Swilken Bridge on their way to the world famous 18th green, hearing stories from golfing history along the way.

The famed Carnoustie Golf Links was the first stop for play. Each girl was paired with a professional caddie for a practice round. Carnoustie was the site for the Senior Men's British Open the week following the girls' departure. For most of the girls, this was the first experience playing a true links golf course. They found that golf in Scotland is quite different from golf in the United States.

The AHS tournament was played at Crail Golf Links and the Kittocks and Torrance courses at The Fairmont Resort. The Woodward girls were the only female team playing against an all-male field featuring Washington State fourth place finisher Mercer Island High and New Jersey State Champions Northern Highlands High. With temperatures of 50 degrees and 30 mph winds along the North Sea, the girls did more than hold their own versus the boys and posted a third place team finish overall. Susannah Cole finished first among the girls, posting scores of 79/82/81 at distances between 5,500 and 6,100 yards. 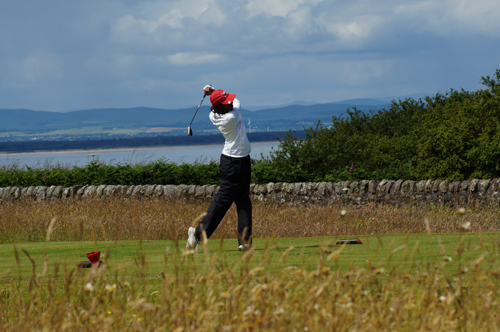 The awards banquet featured a traditional Scottish meal complete with bagpipes and haggis. Afterward, the girls headed to Royal Troon for day two of the British Open, where they experienced the typical Scotland weather of wind and rain while watching their favorite PGA players tee up in a quest to win the third major of the 2016 season.

The Woodward girls golf team can now add St. Andrews, Scotland, to their list of travel destinations. Over the years, the team has played in tournaments in Houston, San Antonio, and Midland, Texas, as well as Myrtle Beach, South Carolina. The girls will start the 2017 season in search of their sixth state title and another golf destination to add to the growing list. 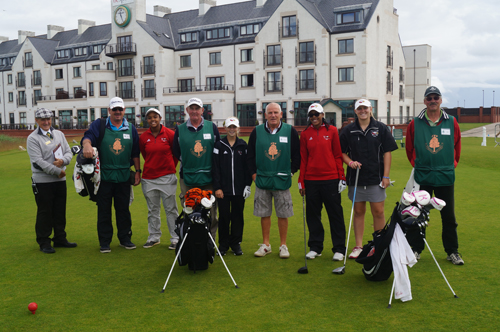 Share to FacebookShare to TwitterShare to LinkedInShare to EmailPrint this page
By Coach Pete Fritts
Aug 17 2016
Share to FacebookShare to TwitterShare to LinkedInShare to EmailPrint this page
Beyond the Gate: The Woodward Academy Blog is a gathering place for our community members to share all of the remarkable things happening at Woodward in the classroom and beyond. Our talented faculty and staff will share their ideas and philosophies as well as news about the programs and activities that make the Academy special. We’ll also hear from students, alumni, parents, and other members of the War Eagle family. We invite you to explore and share your comments! Would you like to be a BTG blogger? Email marcom@woodward.edu.
Recommended Reading from our WA Librarians
Urban Recipe and Woodward Combine to Feed Those in Need
1 Day for WA: Alumni Rally to Support our School on Graduation Day
Woodward Alum Fights on Pandemic Frontlines
Congratulations to the Woodward Academy Class of 2020!
#woodwardway
Social Stream