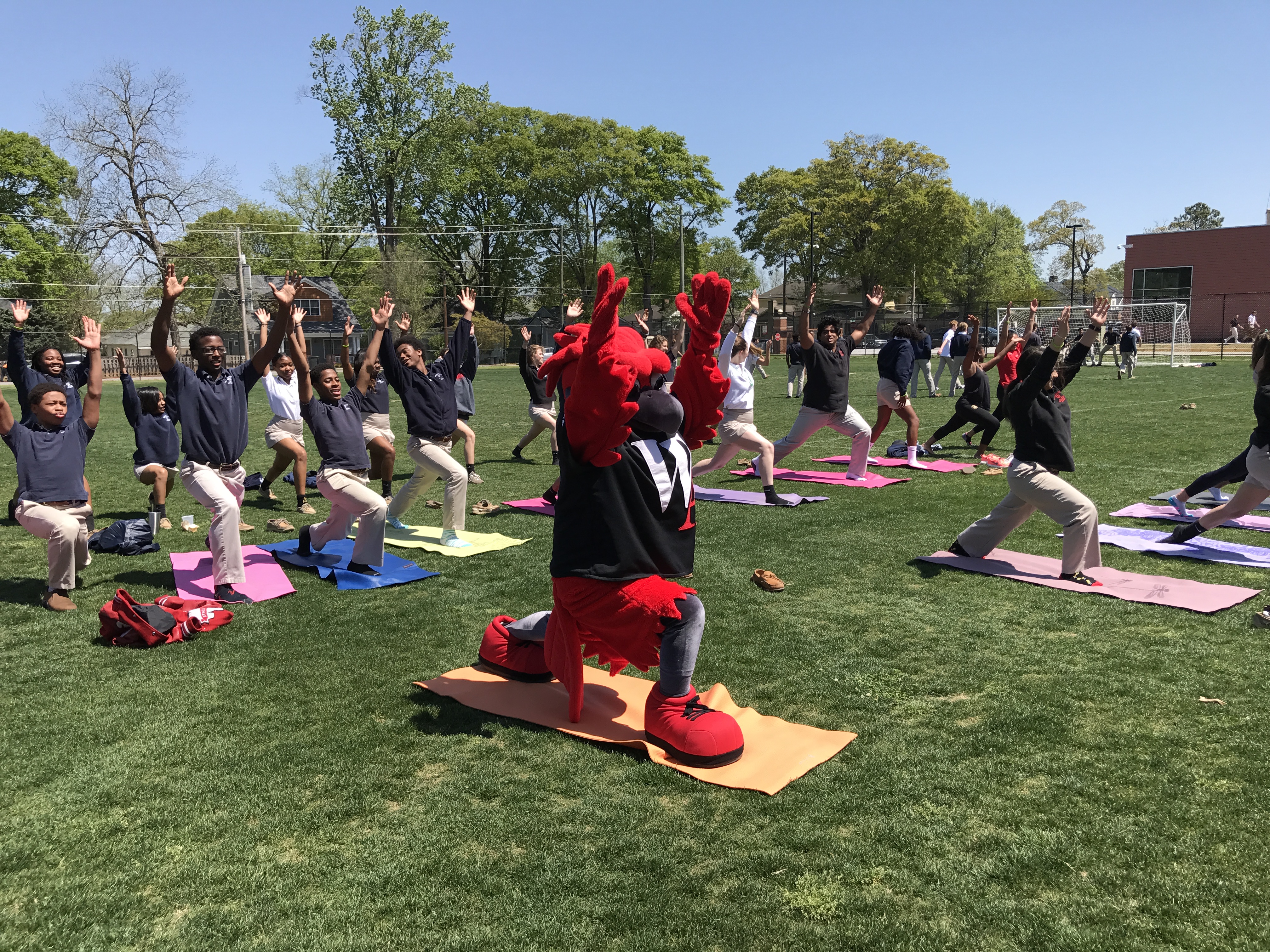 This week was "My Mind Matters" week at Woodward Academy (known as "M3" week). Our students and faculty have spent the week learning more about mental health, with events ranging from the creation of mandalas to Parade Field yoga to viewing the documentary film, Angst. One of the larger goals of the week has been to educate our students about mental health in an effort to end the stigma surrounding mental health issues -- after all, the brain is just another (very important) part of your body, and its health and well-being should be accounted for with the same lack of stigma associated with any other part of your body.

We also wanted to teach our students about best practices for improving mental health. Throughout the week, our students across several schools had yoga sessions, including a collection of Upper School students who were joined by Eddie the Eagle on the Parade Field.

It's Mental Health Awareness Week at Woodward, and, as part of the week's activities, we had a great session of yoga during lunch on the Parade Field, with Eddie showing off his tremendous flexibility. Thanks to Tracy from @highlandyogaatl for leading our session! pic.twitter.com/L1PoFVWUtX

The Middle School and Lower School also had yoga sessions (though Eddie didn't show up for these, unfortunately).

Yoga class was live streamed for our morning meeting so every LS classroom could participate and begin the school day as peaceful warriors. #MyMindMatters #walearns #wals #woodwardway #groundedkidsyoga #responsiveclassroom pic.twitter.com/sZBftkOsdL

Dr. Rusty Gore stopped by campus to talk about physical injury to the brain and how that affect mental health in his discussion of CTE during a Lunch and Learn this week.

And then so many of our Middle School and Upper School students and families watched the documentary film, Angst, which provides powerful insight into anxiety, its pervasiveness, and its effect on kids.

Friday, our students held a silent disco, which was a ton of fun and helped show our students how to have a good time and be secure in their own skin.

Cool Silent Disco today to cap off our My Mind Matters week! pic.twitter.com/FpHA4XDHSG

Finally, Upper School students wrapped up the week by painting a canvas of positivity in Jane Woodruff Hall.