Out of the Archive and on Display: Front Pages Across History 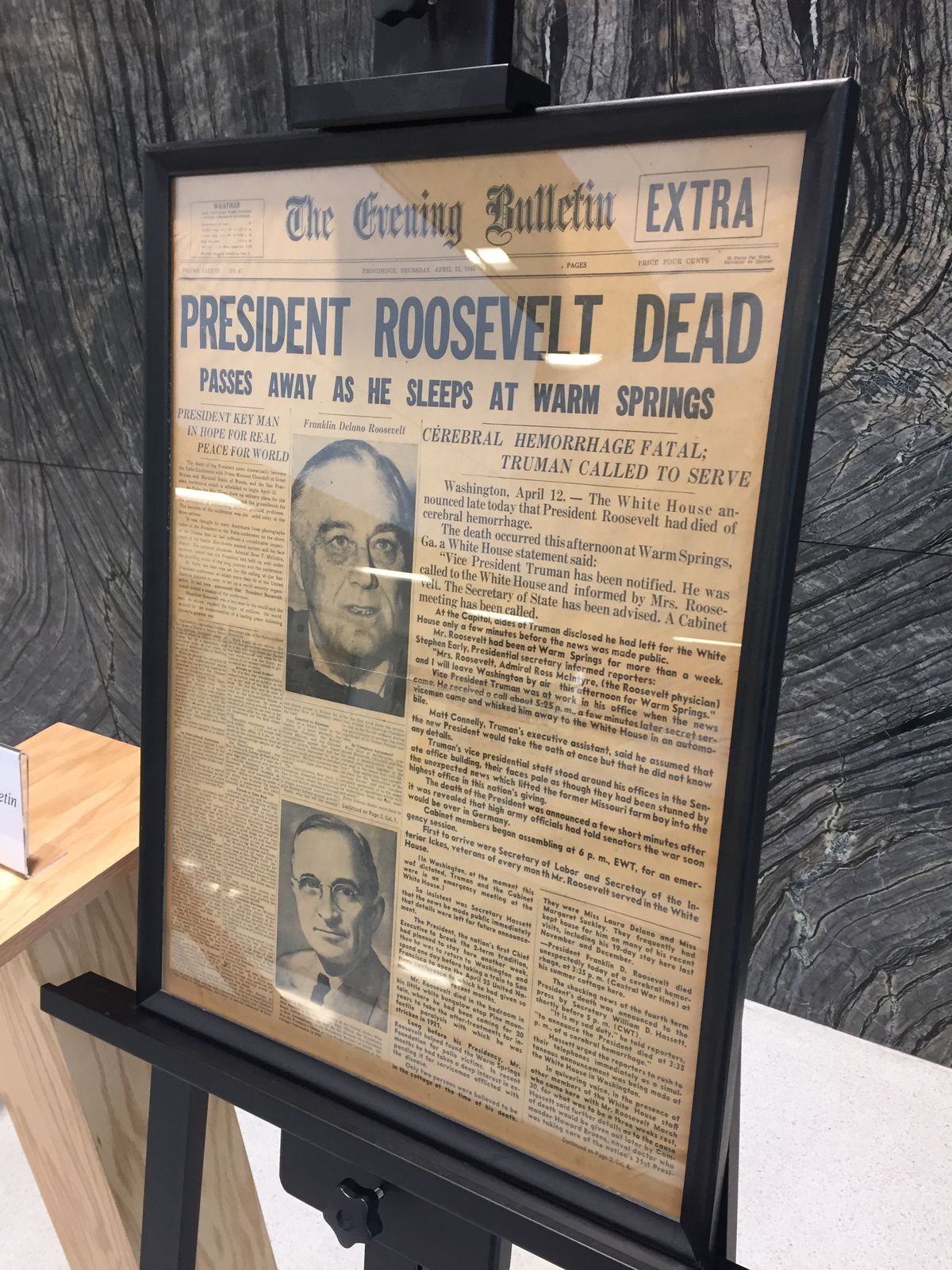 RSS Feeds Subscribe to Alerts
Out of the Archive and on Display: Front Pages Across History

What did the front page of the New York Times look like the day after Abraham Lincoln was assassinated? A big, bold headline above a grand picture of the President? Maybe a smaller picture of the scene of the crime, Ford's Theatre? Think again. 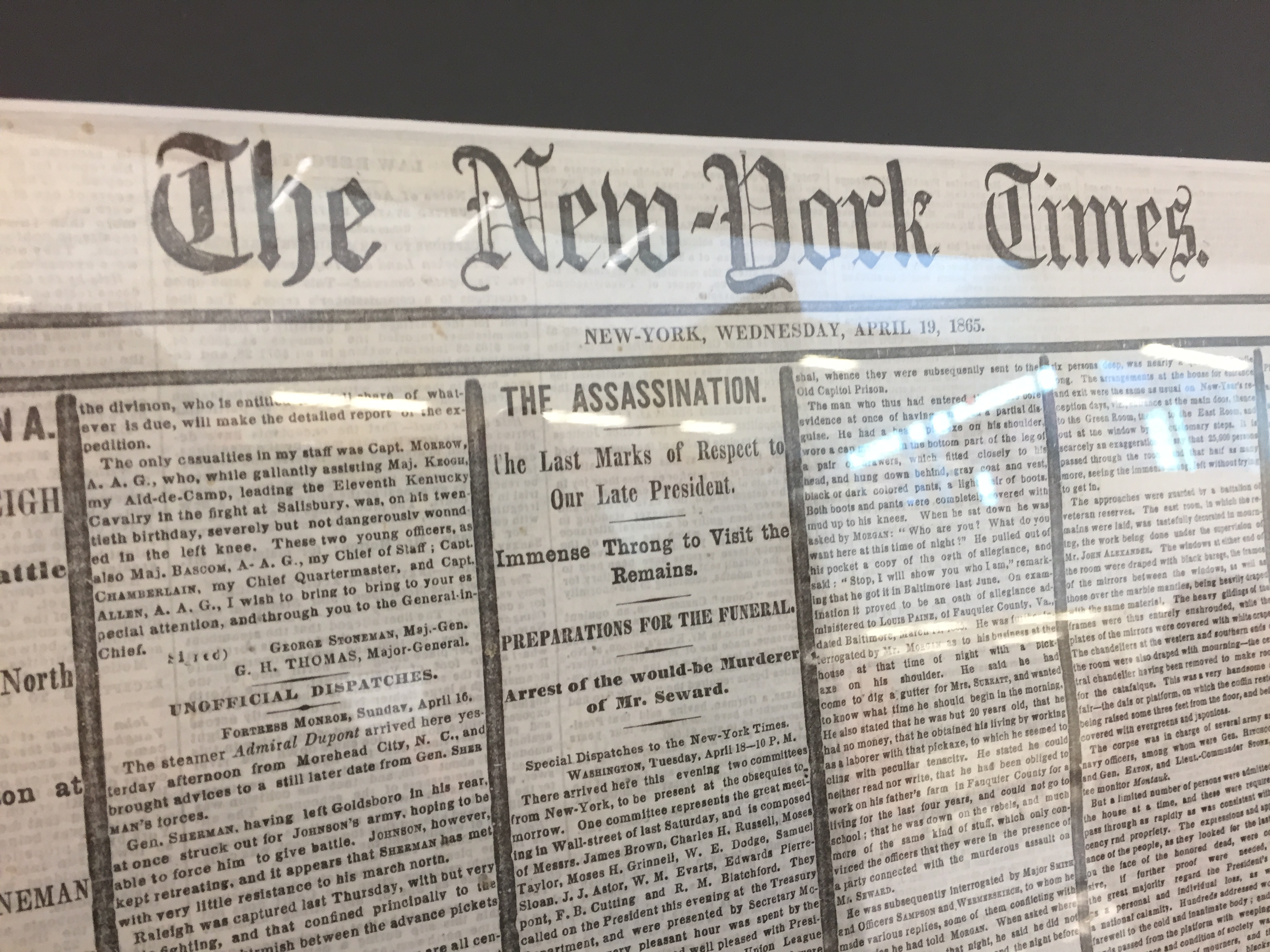 A new archival exhibit in the atrium of Jane Woodruff Hall features an array of New York Times front pages alongside decades of GMA/Woodward student newspapers. While the 1865 Lincoln assassination front page is shockingly dense, with multiple columns of incredibly tiny print and not a picture in sight, by the time we get to the front page of September 12, 2001, the New York Times runs a big color photo on the front page to cover the horrible events of the day before.

"I wanted to show how newspapers had changed in appearance over time--from large in size with almost no headlines, to smaller, deeply headlined, and more colorfully dramatic," says Rusty Zaring, Woodward's archivist and the curator of the exhibition. 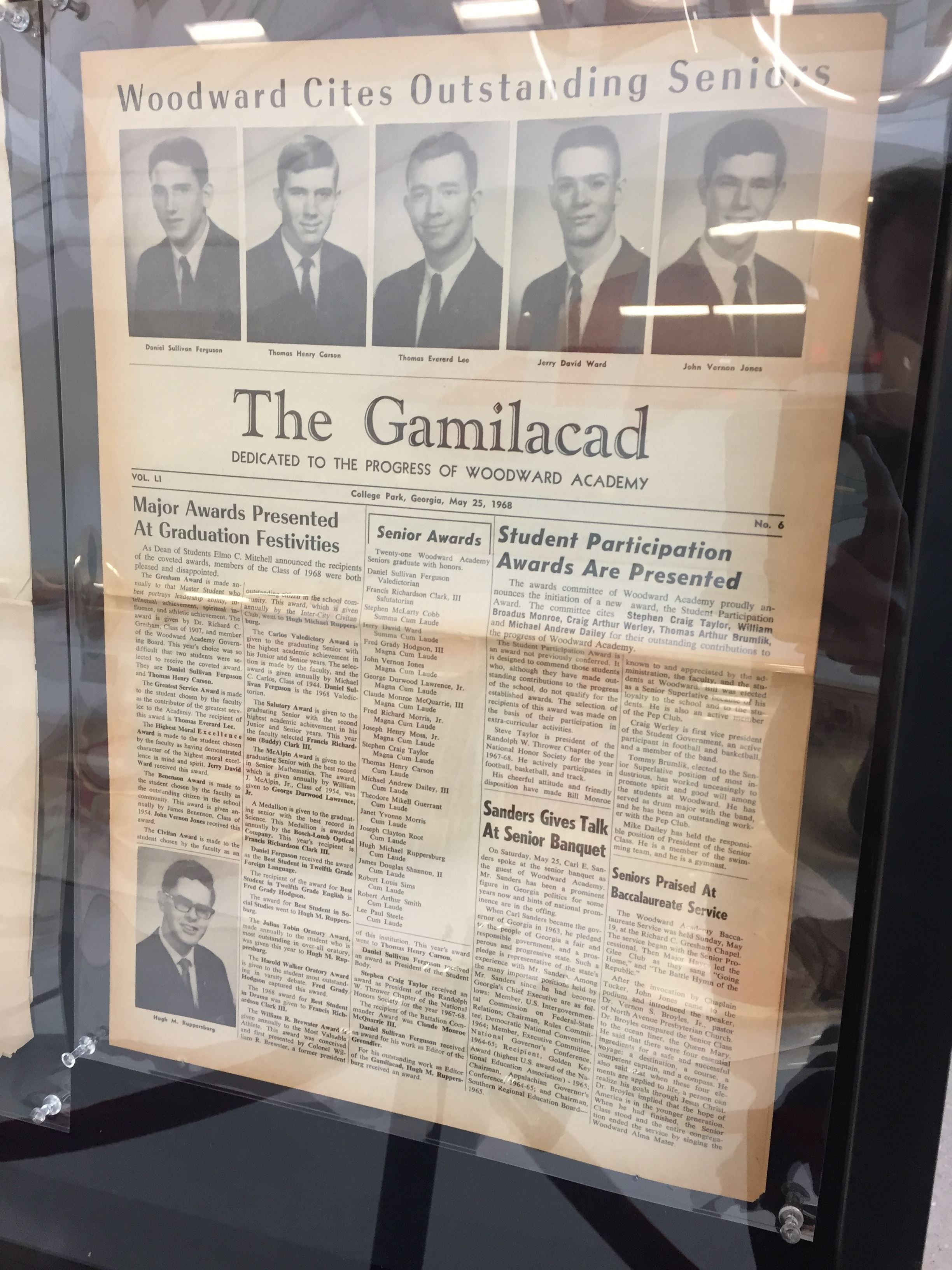 The Gamilicad, the old GMA student newspaper which in later years turned into Woodward's The Blade, follows a similar trajectory over its issues, showing, as Rusty describes, "how our own local history relates to national and international events, and how our student newspapers have changed in much the same way as the New York Times."

The exhibition draws from two Woodward collections. The first: a GMA/Woodward publication collection including at least one issue of every student newspaper since 1920, in addition to issues from GMA's early years. The second: an incredible collection of newspapers on loan from Mr. Robert Warren Ross. The Ross family collection includes the New York Times from 1865 to 2001 and has been an incredibly rich resource for Woodward's archive and exhibitions.

The historical papers are interesting to be sure, and deal with several watershed moments in the parallel histories of the Academy and the nation, but they can also be pretty amusing. Check out the exhibition today to read the 1946 Gamilicad article with the winning headline, "Cadets Bounce to the Music of Freddie Slack and His Boogie Boys at the Big Christmas Dance." 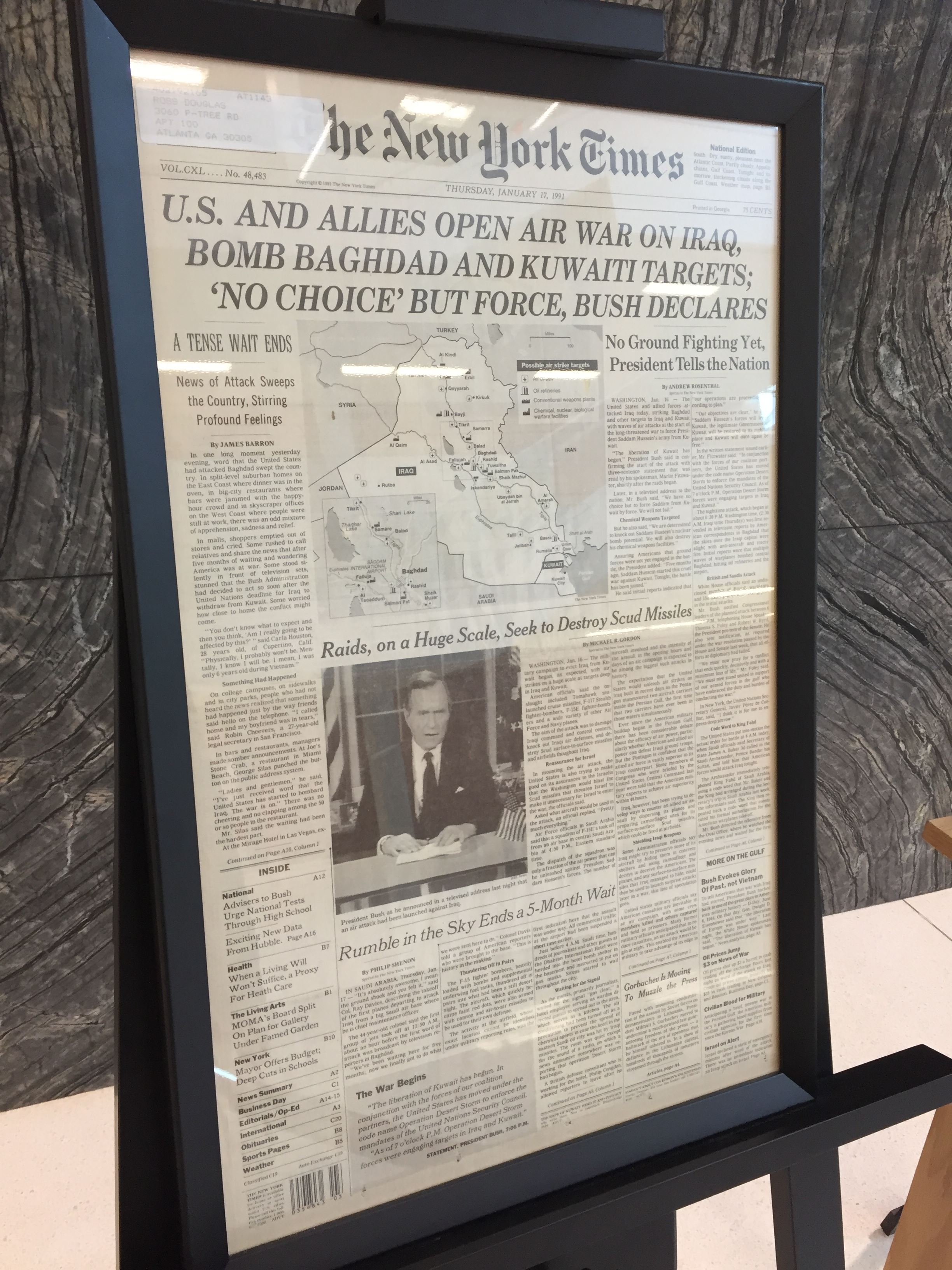 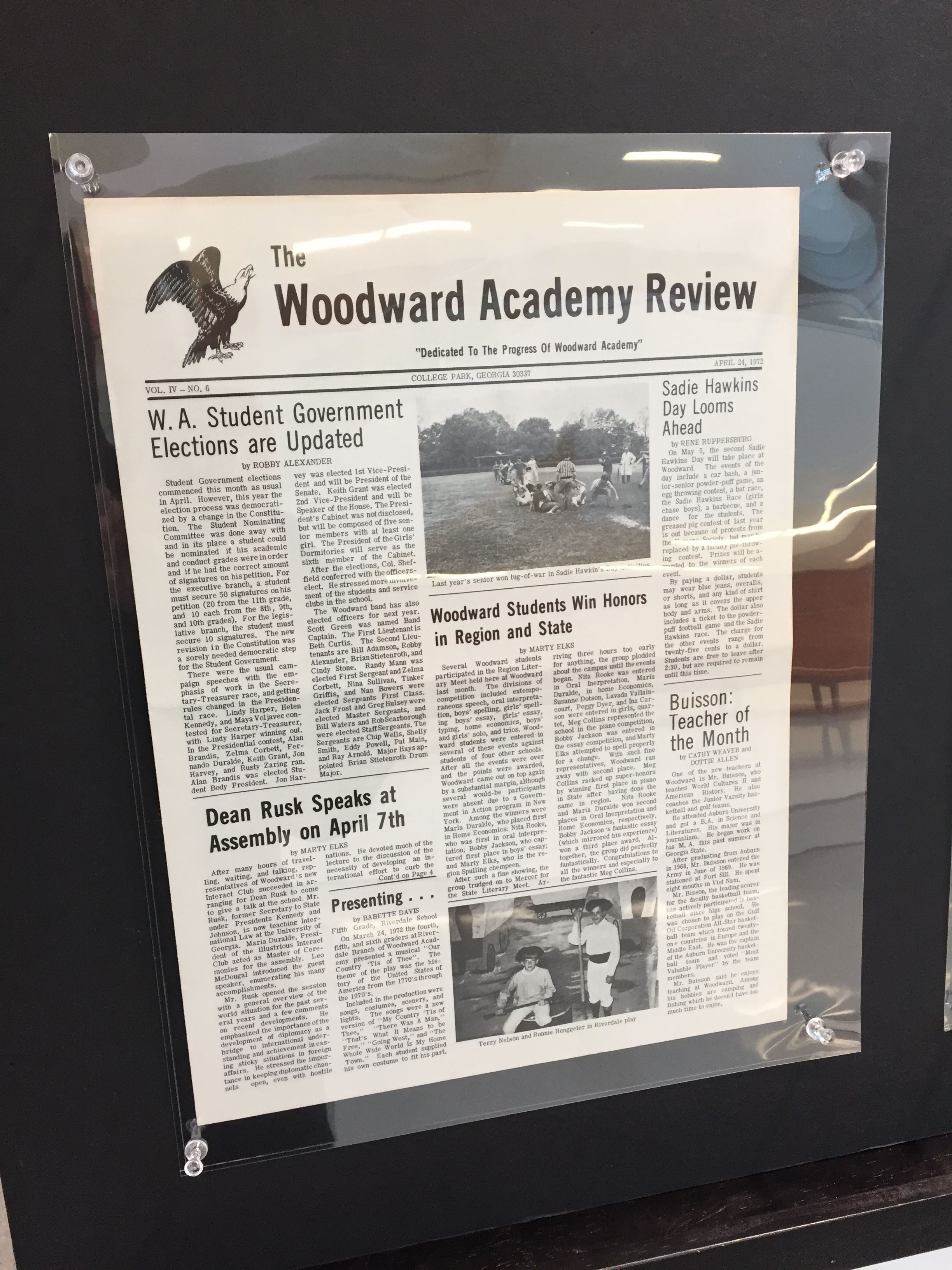 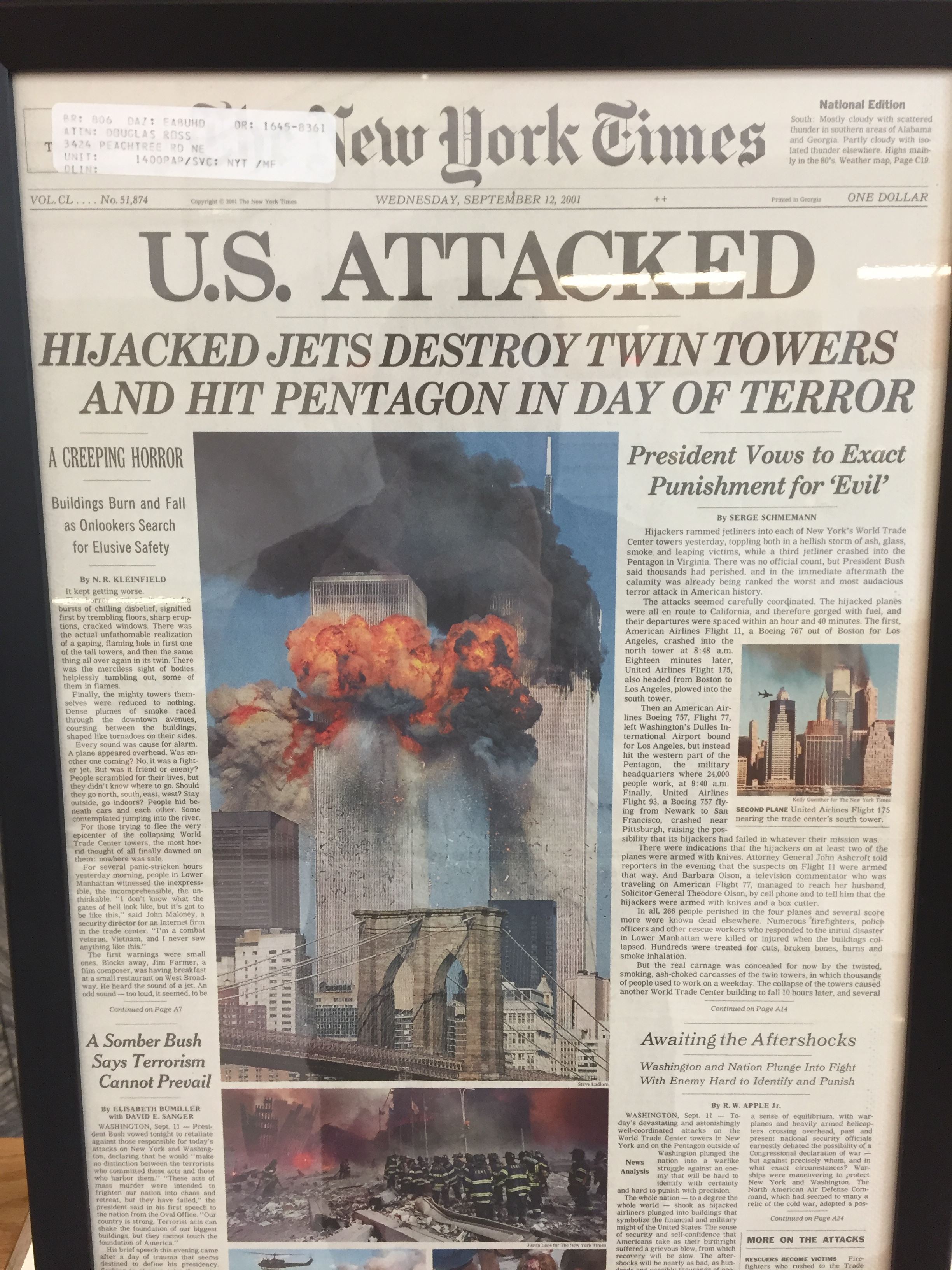