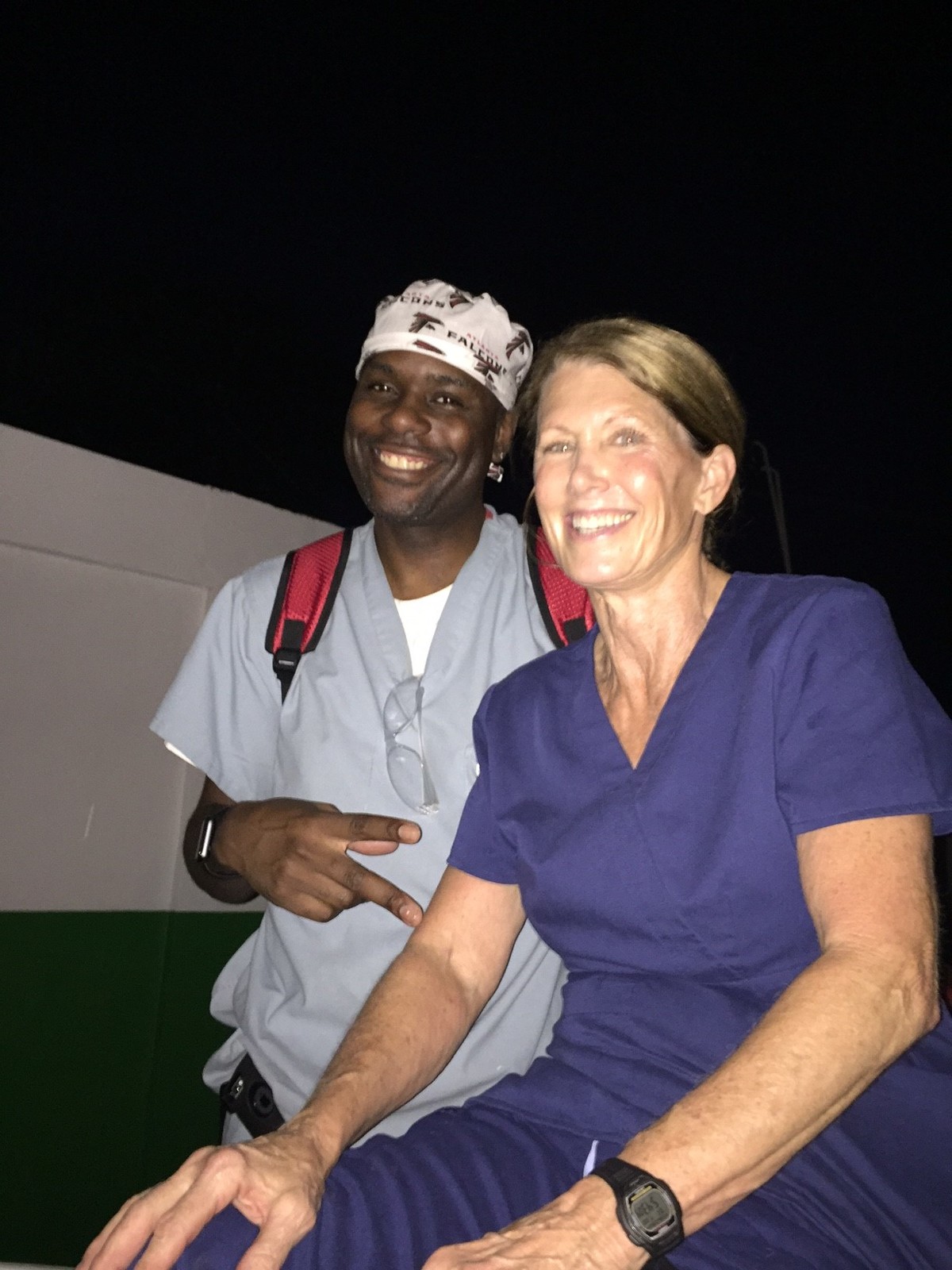 In this season for gratitude, Nan Banks recounts how a mission trip to Haiti opened her eyes and changed her perspective.

Haiti has limited medical services, so my husband and I were asked to serve on a medical/surgical mission trip in November with I Am Haiti, an organization serving churches and orphans. The organization had identified a need for urological surgical services in Fort Liberte. My husband, a urologist, volunteered, and I came along to serve as pre- and post-op nurse.

As soon as we arrived, men lined up to be examined. They had walked from everywhere to get a chance to be seen. One man was blind. My husband was asked to operate on 15 men who had prostate problems and had been suffering for years.

The conditions in Haiti were shocking to say the least. We landed in Cap Haitien, which was flooded, not because of the hurricane but because it floods when it rains. It was rainy season in Haiti during our visit. There were trash and floodwaters everywhere. People were wading through the filthy water. It's no wonder that cholera is problem.

Our team of seven drove an hour from the airport to our lodgings at an orphanage in Fort Liberte. I slept on a homemade bunk bed made of plywood. The young girls in the orphanage had set up our beds with mosquito nets and clean sheets. I realized quickly there were so many things that we as Americans take for granted. There was no clean drinking water, no hot water, no flushing toilet, no lights at night, and the shower and bathroom area had standing water. It was a rarity to have toilet paper.

On Tuesday morning, we drove to the hospital on the dirt, pot-holed roads. As we settled in our areas, we were shocked by the conditions, even in the hospital. In my pre- and post-op area, plaster from the ceiling was dropping down onto the hospital beds. The mattresses had tears from use. We brought sheets for the beds; otherwise there would not have been any. Flies were a constant. Roosters pecked at the ground outside the door. There were flies also in the Operating Room, along with water dripping from the ceiling.

We did our best, helped a lot of needy families, and learned about how blessed we are to come from such a prosperous country. The children in Haiti were so sweet and happy and did not even realize how little they have. We brought toys and lollipops for them, and their appreciation was heartfelt. We toured their school on Friday before we went to the hospital to check on all our patients. The children all stand when you enter the room and are so respectful. The head of the orphanage does not want his children to be adopted. His hope is that with a good religious background as well as a good education, they will become the new generation of Haitians who can save their country from the deplorable conditions existing now.

For us, the trip was exciting, nerve-wracking, and eye-opening, and we came away hoping that we had made a difference in the lives of a few. For more on the organization we traveled with, visit iamhaiti.org. 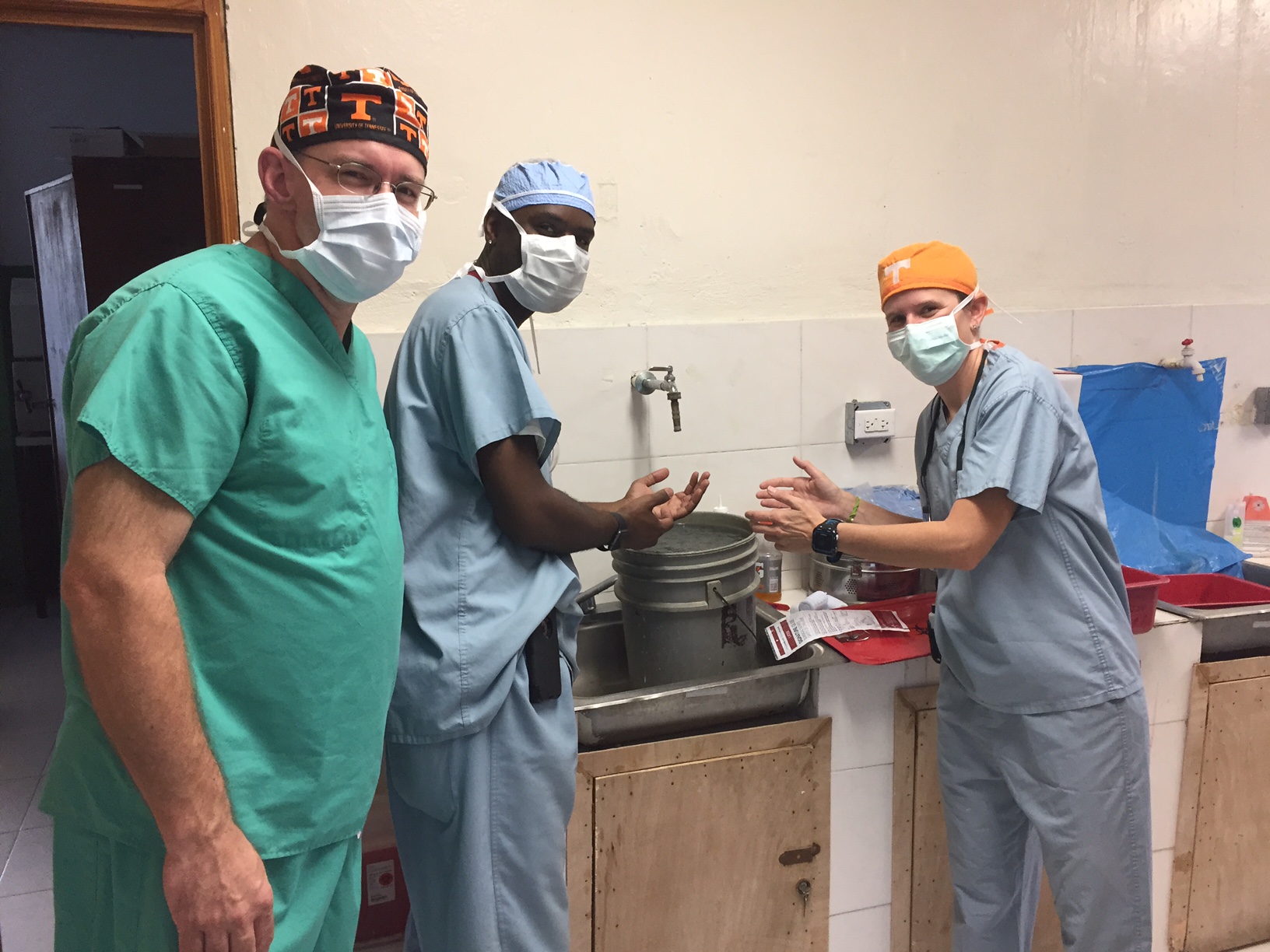 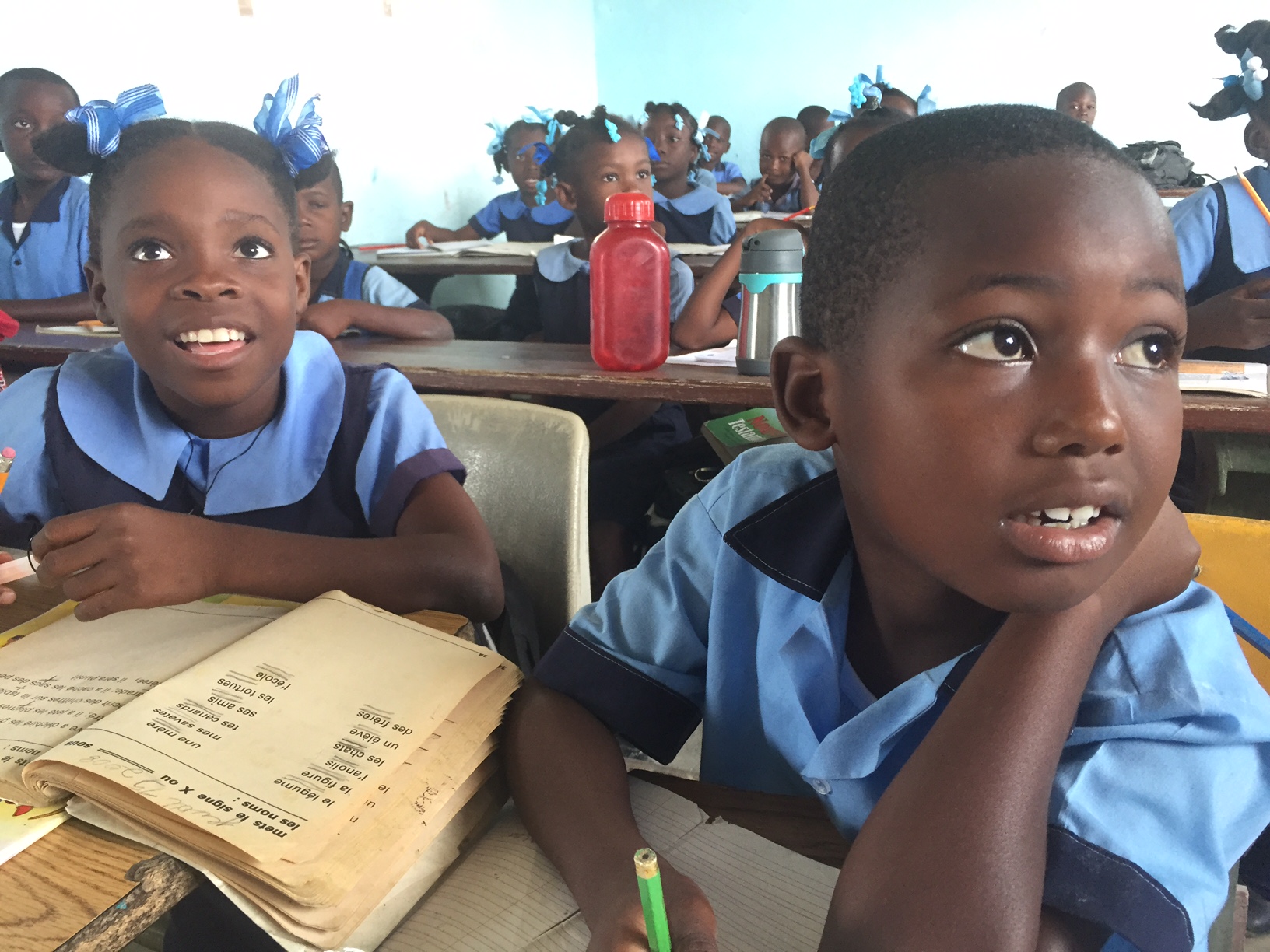 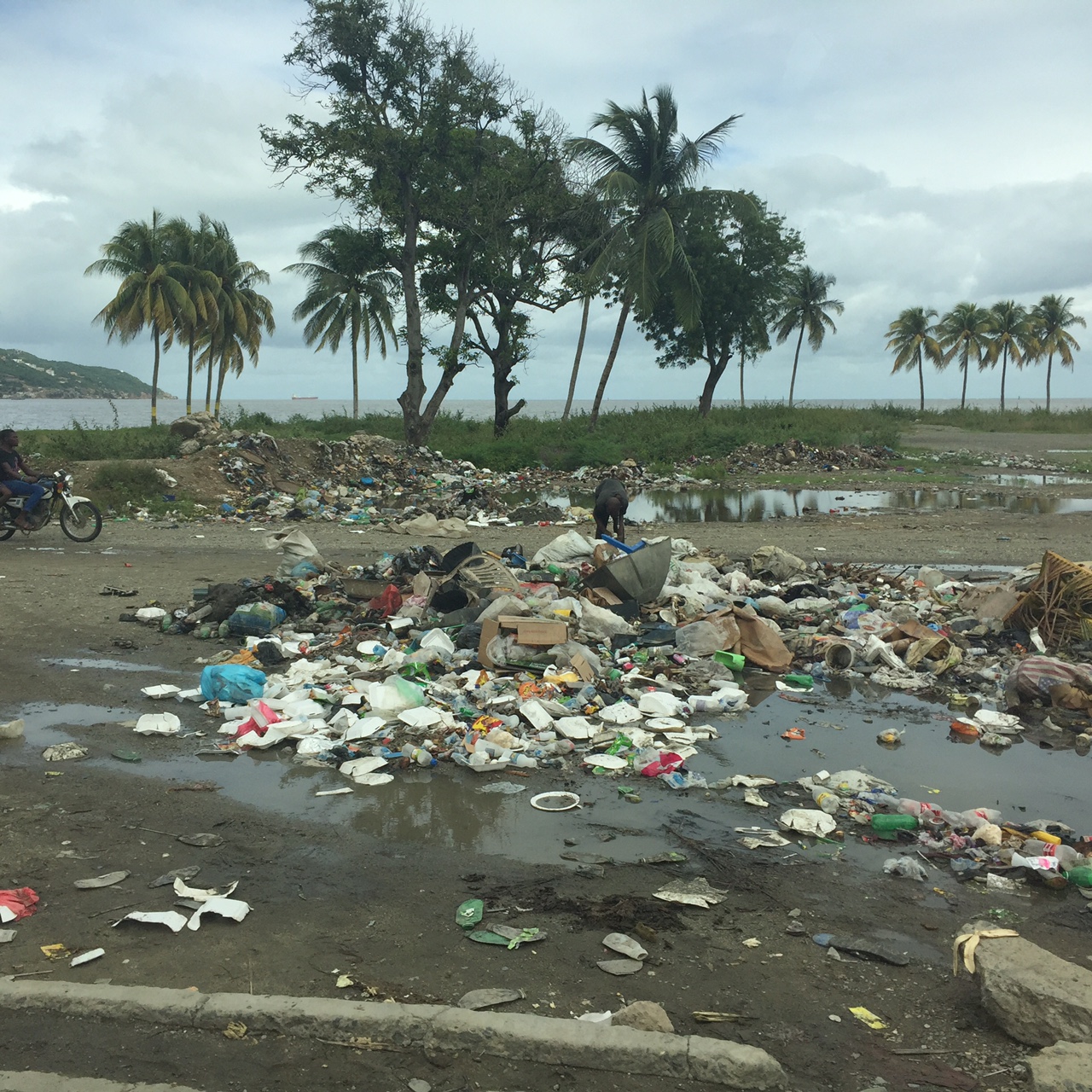 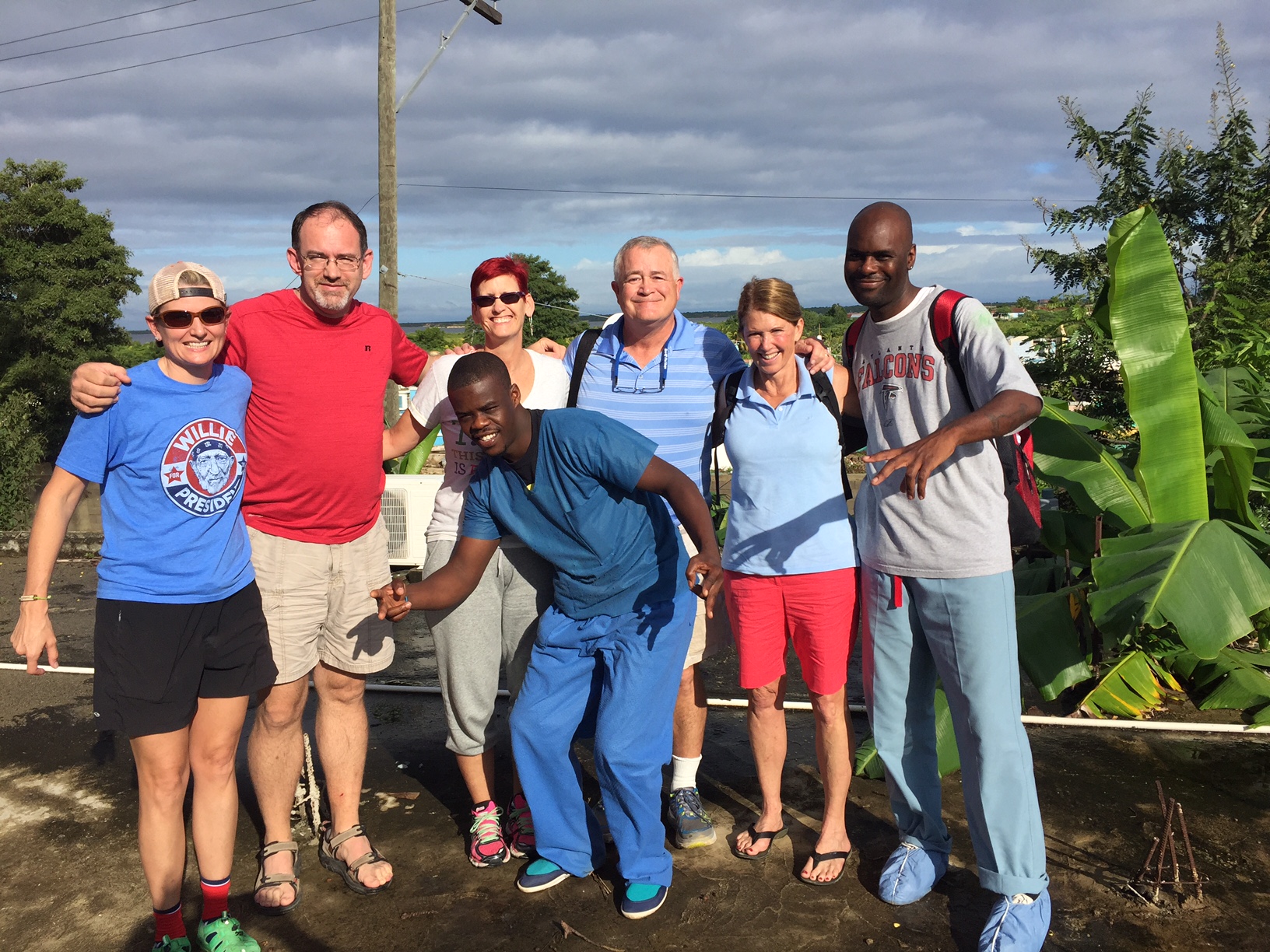 Share to FacebookShare to TwitterShare to LinkedInShare to EmailPrint this page
From Nan Banks, Woodward North School Nurse
Dec 5 2016
Share to FacebookShare to TwitterShare to LinkedInShare to EmailPrint this page
Beyond the Gate: The Woodward Academy Blog is a gathering place for our community members to share all of the remarkable things happening at Woodward in the classroom and beyond. Our talented faculty and staff will share their ideas and philosophies as well as news about the programs and activities that make the Academy special. We’ll also hear from students, alumni, parents, and other members of the War Eagle family. We invite you to explore and share your comments! Would you like to be a BTG blogger? Email marcom@woodward.edu.
Recommended Reading from our WA Librarians
Urban Recipe and Woodward Combine to Feed Those in Need
1 Day for WA: Alumni Rally to Support our School on Graduation Day
Woodward Alum Fights on Pandemic Frontlines
Congratulations to the Woodward Academy Class of 2020!
#woodwardway
Social Stream