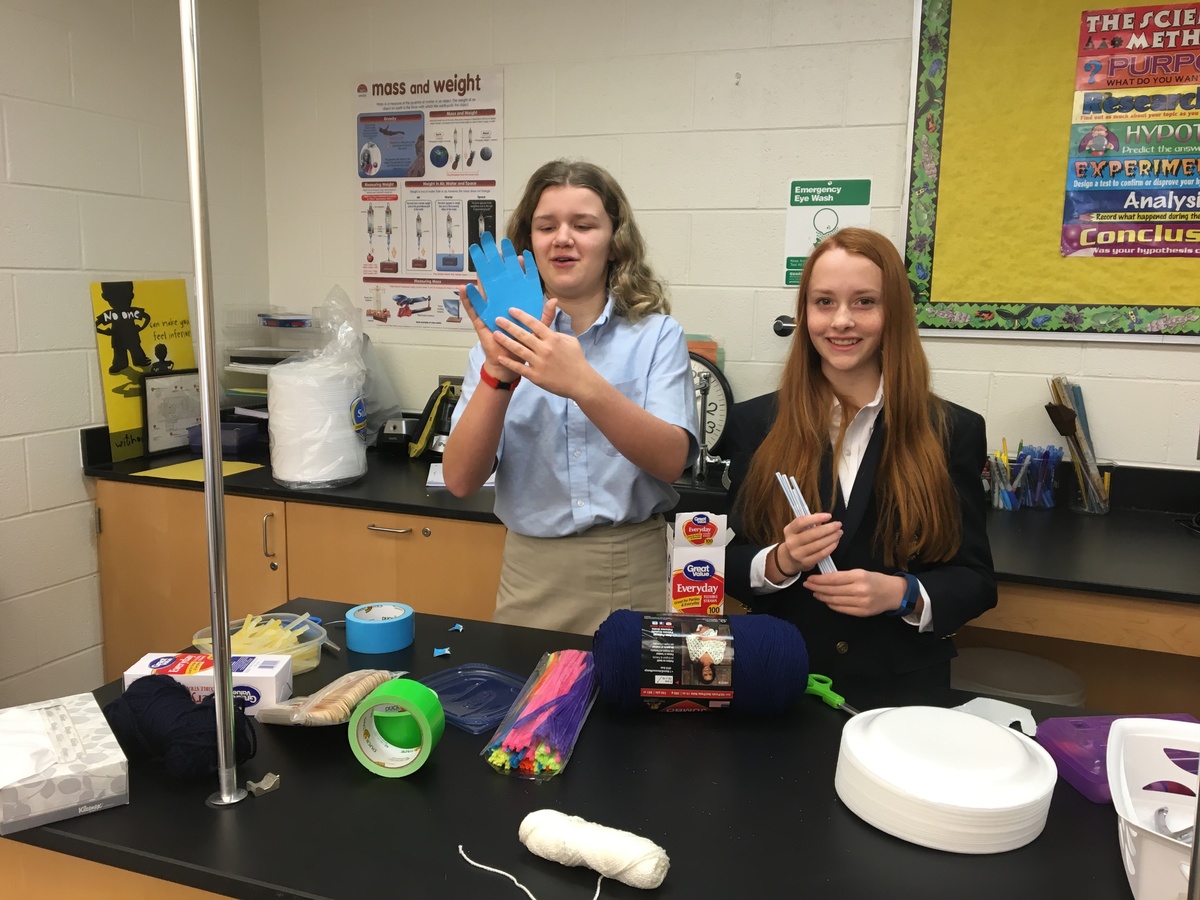 Dr. Mesa Davis's seventh grade science classes were assigned a competition called "Are You Handy?" in which they designed and built prosthetic hands. Students had to build a model of the hand using common, household materials. They were encouraged to re-engineer their hands and switch out materials as they saw fit. The project had to maintain the structural integrity of a real hand (four fingers, one thumb, etc.).

"The design competition required students to use their hands to pick up successively smaller pieces of paper. Ties were broken by picking up a cotton seed and a bead, which were more difficult to grasp due to their rigidity," said Dr. Davis.

One of the best deliverables was created by partners Kira Bowman and Meryl Inman, who won the competition in Dr. Davis's third period class. Kira wrote about the experience:

"Making the mechanical hand was a long and arduous process; but, in the end, winning was worth it. It took a few steps (actually more than a few!) to stimulate the ligaments, muscles, and skin. For the base of the hand, I traced and then cut out my hand (from a foam plate) and covered it in duct tape. Next, I built bones by hot gluing straws to the hand. Last, I strung a few pieces of string through each of the straws (the strings stimulate muscles), and when you pull the strings, the fingers move. The trick I used to win was, I made the fingers long and fat, which helped grip the objects. Overall, the whole project was a ton of fun and a huge success. (My prize was a free homework pass!)"