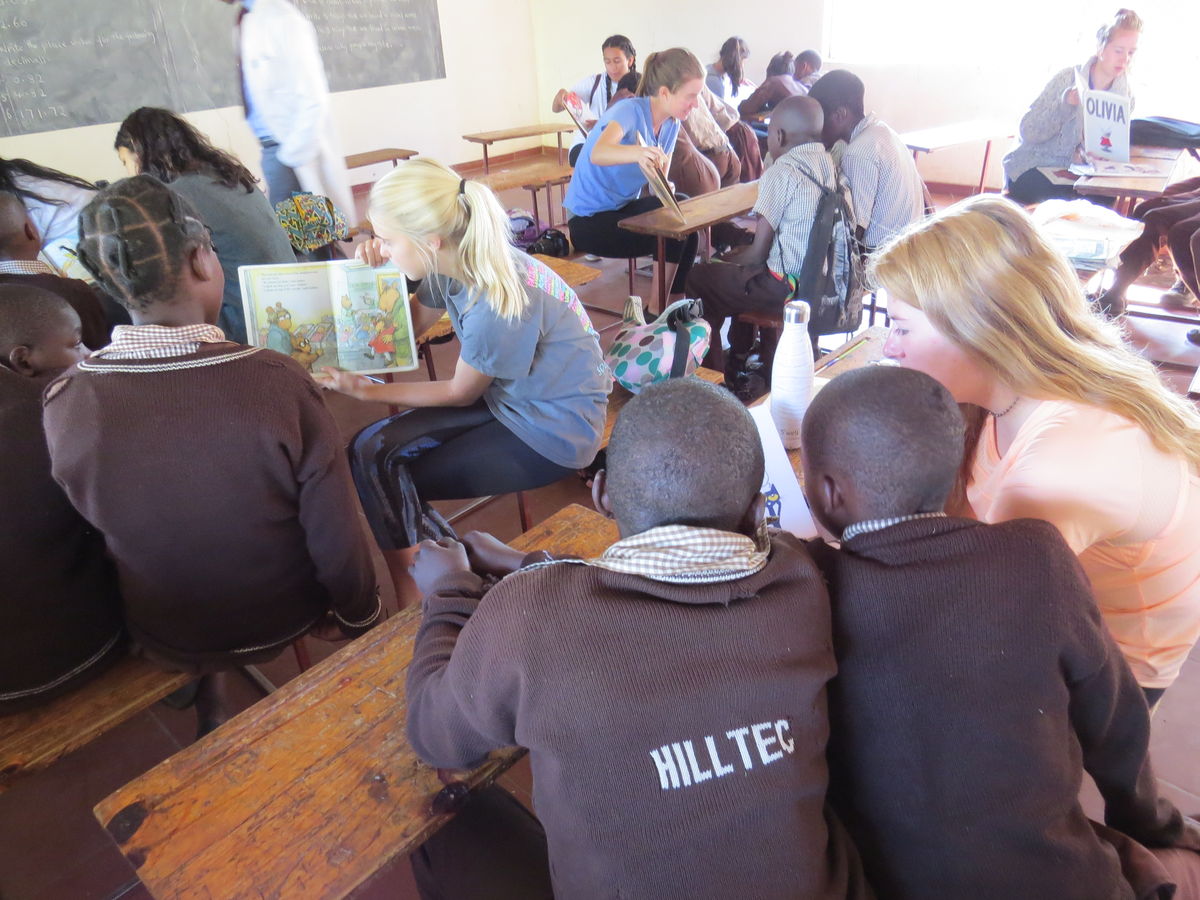 The Terranova school has been in partnership with Woodward Academy since 2004 and, even though there are miles between the schools, both communities have fostered Woodward Upper School students' fundraising efforts and trips to Terranova every summer.

While the trip itinerary was similar to past years, this summer students got the chance to stay in new dormitories on campus, which will house Terranova seniors during the coming academic year. Since last year, the amount of student boarders has doubled, providing an even greater source of income for the school. But the dorms were just one of many new facilities built, and the visiting Woodward group participated in the dedication of the new library celebration as well. Originally built 12 years ago, the library was renovated to meet the needs of its students and, among students, recently earned the title of 'nicest building on the campus'. It now houses hundreds of books donated by Woodward faculty and students, as well as several computers. Between Woodward Academy and the Julia Burke Foundation, the library has grown to four times its original size. Additionally, many of the shelves in the new building are donations from Woodward Middle and Upper School students. While it is not 100 percent complete yet, the library is sure to assist Terranova students on their road to success.

With many projects finished and more in the works, Terranova students will have access to more facilities in the near future. After the dorm project is completely finished, the long term goal is to build a multipurpose room that would cater to a variety of activities. The plans for the room also feature a stage and meeting area, giving students a place to take their State Exam. In addition to the new multipurpose building, there are plans to update athletic fields for volleyball, soccer, and netball. These new additions to the campus will not only benefit the students but also make a positive impression on visiting schools.

In addition to providing various gifts for the Terranova school, its faculty, and its students, the visiting Woodward group also collected medical supplies for the doctors and nurses on campus and in the surrounding village. Middle School teacher George Dietz's church donated $250.00 towards such items and student Seeta Patel's parents (who also own a pharmacy) donated medication for eye infections, as well as antibiotics to treat various illnesses. Such supplies provide an immense help to the doctors in the area and the 5,000 patients they treat.

As the Terranova adventures continued for our Upper School students, they watched lions nap in the hot afternoon sun while on Safari, built relationships with their trip coordinators, and--most of all--connected with a community halfway across the world. Among the many memories Woodward students will take away from their trip to Terranova, they will never forget the most simple but powerful experiences like witnessing a whole new category of excitement when basic necessities--like pencils and paper--were distributed to the Terranova students.

Share to FacebookShare to TwitterShare to LinkedInShare to EmailPrint this page
Rebecca Hart, Woodward Senior
Aug 7 2017
Share to FacebookShare to TwitterShare to LinkedInShare to EmailPrint this page
Beyond the Gate: The Woodward Academy Blog is a gathering place for our community members to share all of the remarkable things happening at Woodward in the classroom and beyond. Our talented faculty and staff will share their ideas and philosophies as well as news about the programs and activities that make the Academy special. We’ll also hear from students, alumni, parents, and other members of the War Eagle family. We invite you to explore and share your comments! Would you like to be a BTG blogger? Email marcom@woodward.edu.
Recommended Reading from our WA Librarians
Urban Recipe and Woodward Combine to Feed Those in Need
1 Day for WA: Alumni Rally to Support our School on Graduation Day
Woodward Alum Fights on Pandemic Frontlines
Congratulations to the Woodward Academy Class of 2020!
#woodwardway
Social Stream