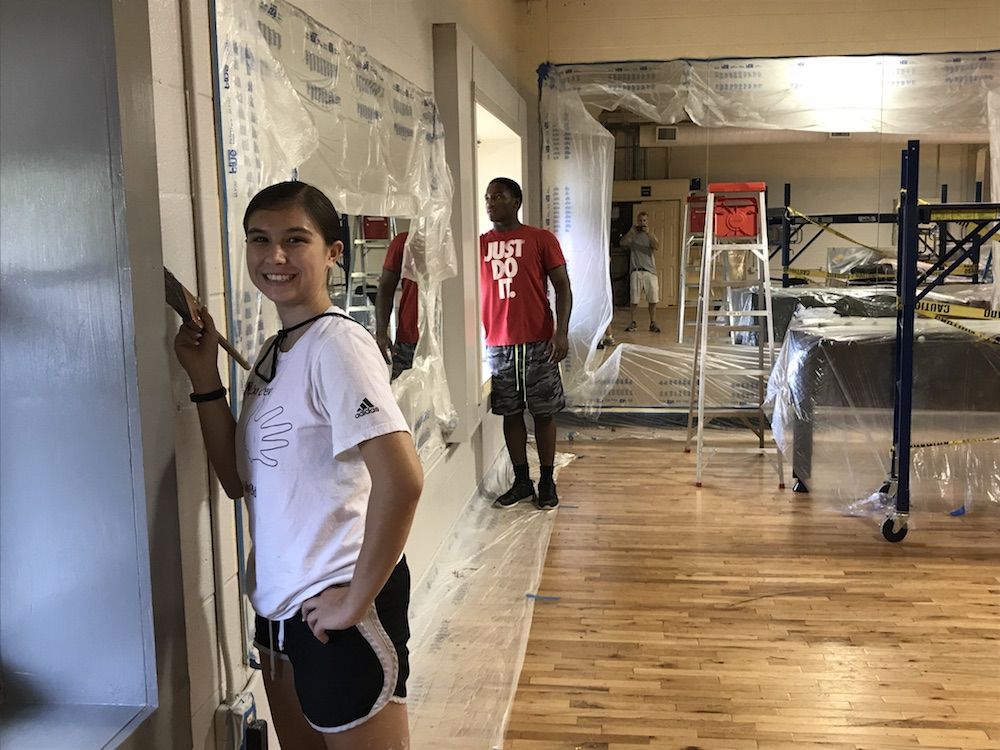 About 35 years ago, current Middle School teacher and assistant principal George Dietz, at the behest of Woodward administrators, put together a summer crew of students who were to take care of various facilities tasks around campus -- anything from painting walls to re-arranging furniture. Today, the Zoo Crew is one of the most time-honored traditions at Woodward, and this past summer was no exception.

Some of the major accomplishments this summer were:

In all, the Zoo Crew painted more square feet of walls this summer than the past two summers combined. But it wasn't all about the paint.

The Crew works with the motto that "we are never inconvenienced." They moved countless desks, chairs, and tables and relocated class rooms whenever they were asked to do so. They helped with the summer camps, Horizons, and even with the Chinese students. The kids got to work in I.T., facilities, housekeeping, food service, and landscaping: many jobs and many lessons.

The kids may or may not acknowledge the many lessons and, yes, life lessons that they learned, but they did occur--everything from how to communicate with supervisors to finding a left-handed paint brush. Here are a few other lessons learned this summer, per the Zoo Crew: 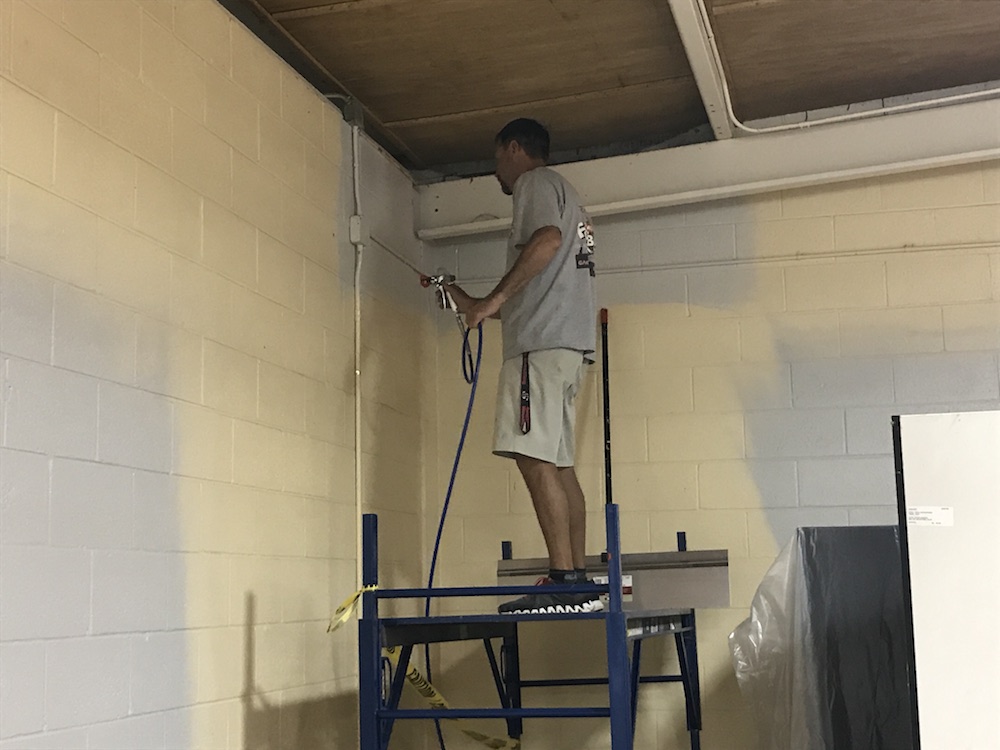 The end goal is not only to service the physical plant but to instill in the kids a sense of service.

This year, the Zoo Crew employed 28 students; among them were a handful of recent WA graduates who all had worked with the Crew in the past. This proved to be the most fruitful benefit to the overall success the Crew had this year. Each of the recent grads was made Crew leaders; each taught a group of their younger peers the Crew way, from how to paint to how to haul student desks across campus. The leaders took on several of the smaller projects on their own and saw them through from start to finish. Responsibility and accomplishment are two takeaways that our grads will take with them as they move on. The younger crew are all looking forward to becoming Crew leaders in the coming years. 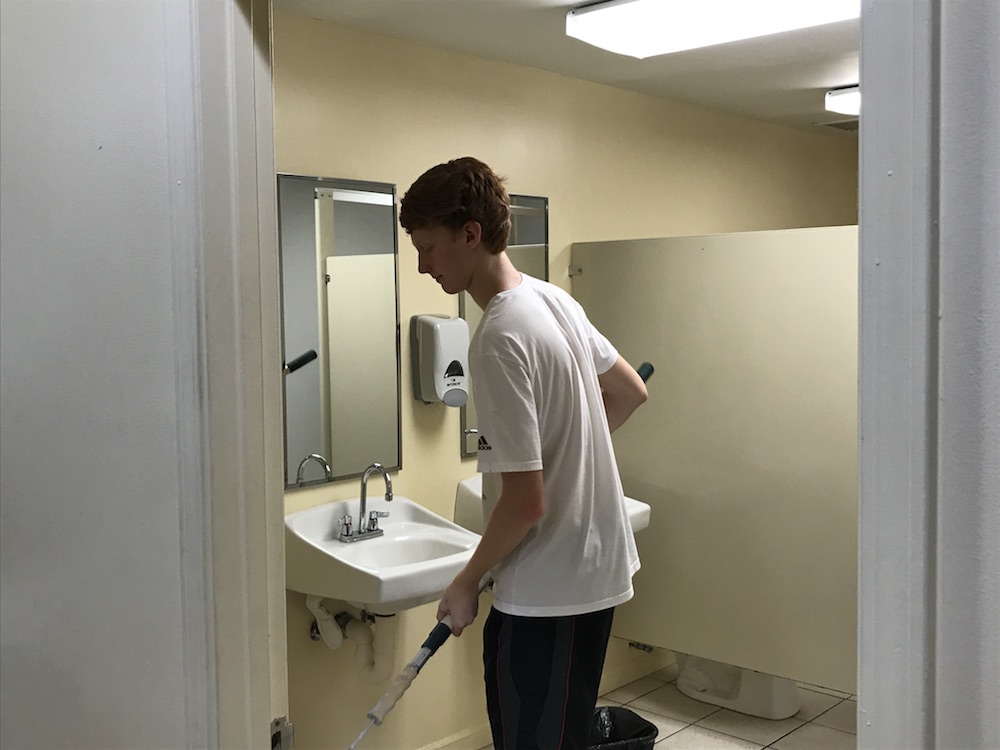 In the end, the Zoo Crew did have a productive summer. They expanded their Zoo Crew operation by taking over the old training room in the old stadium and making it their equipment room. The paint room was transformed into a stock room for the paint, which will allow the Crew to keep the paints needed on hand for touch up throughout the school year. The equipment room is now organized and stocked fully with the materials they need. Going forward, the Crew will be more organized and ultimately more productive. 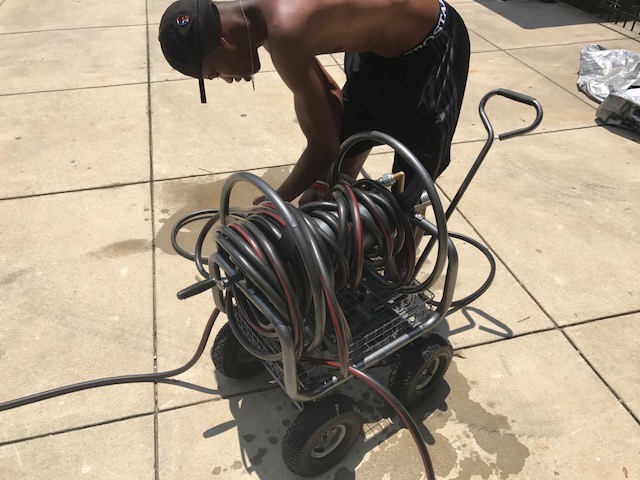